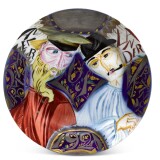 Owing to her Russian Old Believers heritage and her grandfather’s work with iconography, the work of porcelain painter Alexandra Shchekotikhina-Pototskaya is particularly inspired by Russian folklore and icons. Shchekotikhina-Pototskaya’s distinct style is recognised for its use of bright colours and ‘subjects from eternal Russia: peasants feasting, bellringers, the sun and the moon, motherhood, Snegurochka the snowmaiden, fishermen, and harmonica players’ (N. Lobanov-Rostovsky, ‘Soviet Propaganda Porcelain’ in The Journal of Decorative and Propaganda Arts, vol. 11, Russian/Soviet Theme Issue 2 [Winter, 1989], p. 136). In her depictions of figures, Shchekotikhina-Pototskaya places great emphasis on costume, a theme important to the artist likely due to her grandmother’s work as an embroiderer.

Upon graduating from school in 1908, Shchekotikhina-Pototskaya entered St Petersburg’s drawing school. In 1910, she travelled to northern Russia to explore the region’s ancient architectural monuments and peasant folk art. Three years later, she travelled further afield to France, Italy and Greece to broaden her artistic knowledge. With an invitation from the illustrious Sergei Chekhonin, Shchekotikhina-Pototskaya joined the State Porcelain Factory in 1918, at which point the main focus of production was artistic propaganda in praise of the newly established Soviet state. Here, she rapidly asserted herself as one of the most innovative designers. In contrast to Chekhonin’s avant-garde, geometric style, Shchekotikhina-Pototskaya produced uniquely emotive works by making use of vibrant colours and dramatic or festive themes. Her work was also greatly influenced by the artist Roerich, with whom she worked on several theatrical projects including the Snow Maiden and Swan Lake. The famine following the failed harvest of 1920, however, put a sombre spin on Shchekotikhina-Pototskaya’s work. Like several other artists at the time, she assimilated the themes of the famine and the subsequent typhus outbreak into her porcelain painting, with some of these works being sold to raise funds for the victims’ families (N. Lobanov-Rostovsky, p. 136).

When the Second World War started, Bilibin rejected the offer of evacuation out of Moscow; in 1942, he died of starvation during the Siege of Leningrad. Despite contracting pneumonia, Shchekotikhina-Pototskaya survived the war. She died in St Petersburg many years later, in 1967 aged seventy-five. 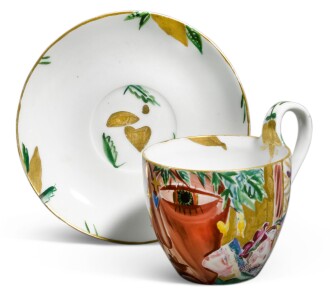 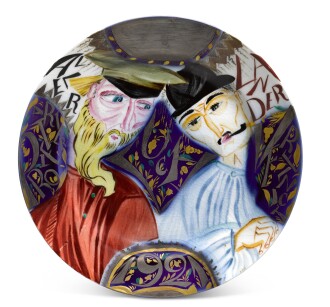 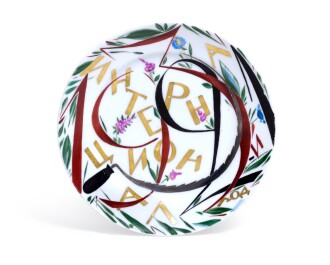 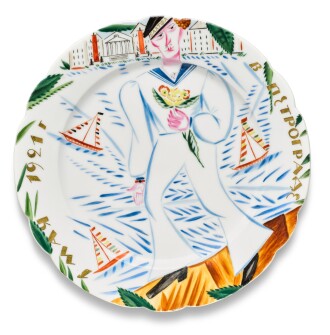 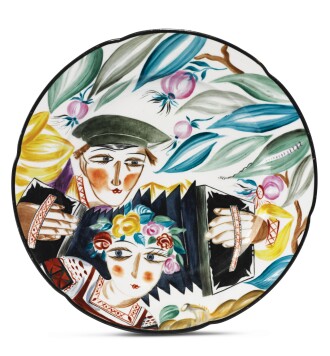 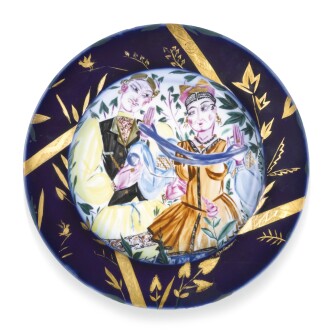 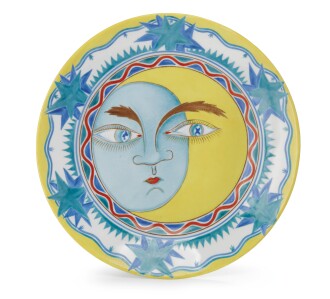 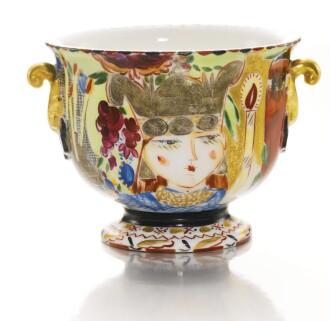 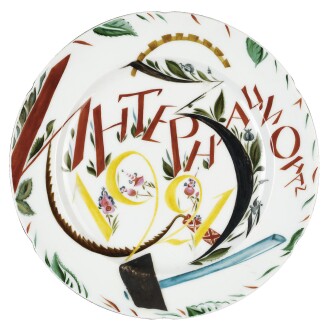 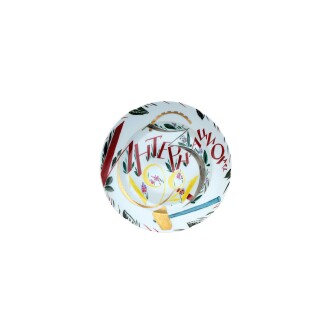 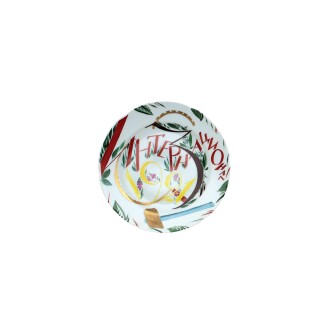 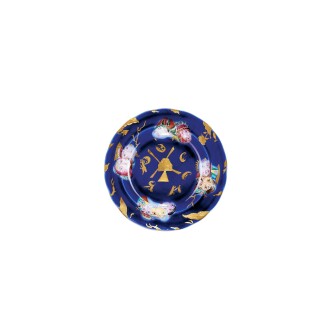