Wonders from the Cabinet of Curiosities

E very baroque prince had to have a cabinet of curiosities. These private art chambers developed out of the medieval treasury and, in turn, the Renaissance studiolo. They were filled with dazzling natural wonders and marvels of human industry. A source of prestige, princes vied to have the finest works of carved hardstone, ivory, horn and shell. These curiosities would fill their intimate chambers and so impress their peers and rivals. The cabinet of curiosities was the ultimate symbol of wealth, taste and learning.

Many of today’s collectors have been inspired by the cabinet of curiosities. Combining early marbles, often with antiquities and works of contemporary art, the modern collector can place a 21st century spin on a venerable tradition.

On 5 December Sotheby’s will offer a selection of rare and important works which were conceived for this context as part of the Old Master Sculpture & Works of Art sale in London. Principal amongst these is a virtuoso carved and engraved Nautilus shell (lot 102). It is signed by the foremost master of the craft, Cornelis Bellekin, who was active in late 17th-century Amsterdam. Significantly, the shell displays an intricately carved pierced helmet at its curl, a rare survival which epitomises the art of Dutch shell carving.

Many earlier pieces might have been appropriated for the cabinet of curiosities. These include a remarkable Anglo-Saxon 5th or 6th-century Cruciform Brooch. Such brooches look like Crucifixes, but are in fact mysterious pre-Christian clasps for cloaks. Combining natural beauty with human invention, another wonder to be offered is a Byzantine Emerald necklace dating to the 6th or 7th century.

No cabinet would be complete without a hardstone carving. This December we will offer two of the celebrated Marlborough Gems (lots 71 and 72). The first of these represents Faustina the Younger, wife of Marcus Aurelius. It was carved by an expert gem cutter in the 16th-century and probably comes from the collection of the Gonzaga Dukes of Mantua

A closer look at the Cabinet of Curiosities

The German term of a Cabinet of Curiosities, kunstkammer, is first recorded in 1550 in relation to the Holy Roman Emperor Ferdinand I (1503-1564) and his collection of precious objects and curiosities. In 1565, the Flemish writer Samuel von Quiccheberg differentiated between the kunstkammer, an art chamber, and the wunderkammer, a place of natural wonders (mirabilia). Over the course of the ensuing decades the two were conflated and the kunstkammer became a cabinet of natural and artificial wonders, from fine bronzes and paintings to uncarved gems and animal specimens.

Kunstkammern were a source of social and intellectual prestige, with two of the finest belonging to the Emperor Ferdinand II (1578-1637) at Schloss Ambras and the Emperor Rudolf II (1552-1612) at Prague Castle. In the 17th century there came about a particular vogue for superbly worked objet d'arts in amber, rhinoceros horn, and, particularly, elephant and marine ivory. 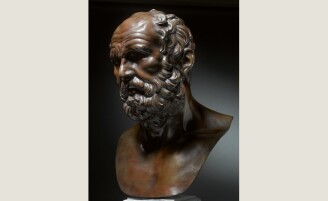