Sotheby’s Prize Applications: Sex is Down, Spirituality is Up

N ationalism is on the rise (but perhaps not in the way you might expect). An analysis of Sotheby’s Prize applications reveals that, while the award itself became more geographically diverse in 2018, with more museums applying from more countries, the applications were increasingly nationally-focused.

Introspection is in: exhibitions about spirituality or religion are increasingly popular, quadrupling in number from 2017. In contrast, there were fewer shows this year than last focusing on sexuality or on issues of social change. Meanwhile, climate change and technology barely featured in either year. 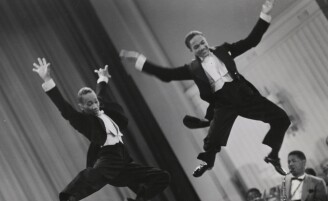 These are just some of the takeaways from our analysis of the 2017 and 2018 applications for the Sotheby’s Prize. Each year the jurors Connie Butler, Donna De Salvo, Okwui Enwezor, Sir Nicholas Serota and Allan Schwartzman—who were joined this year by Emilie Gordenker—discuss the ways in which they gain helpful insight into their own field through the applications. We thought it might be a good idea to parse the data and share the findings, and the insights of our jurors, with you.

Two quick caveats. The data set is relatively small—the award is, after all, only in its sophomore year—so the statistics should be taken as directional rather than absolute. Secondly, the Sotheby’s Prize has a very particular mission: to encourage museums to stage exhibitions that break new ground or explore overlooked areas of art history at a time when these kinds of projects are less easy to fund and develop than more obvious blockbusters. Necessarily, the applications reflect this focus, rather than the entire curatorial landscape (and, of course, only reflect the interests of the institutions that apply).

Instead, the trend everywhere was towards nationalism. In terms of solo shows, none of last year’s non-US applicants focused on artists from their own countries—while, this year, 50% did.

This is part of a wider trend, says Okwui Enwezor, the former Director of the Haus der Kunst in Munich. “Institutions are trying to shift away from a monolithic history of Modernism and contemporary art. In the past, there was a tendency to focus on the work of important Western artists as a way of bringing new information to an international forum that never had access to such works. But now there is wide interest across the world in this process of excavation, of finding new narratives,” he says, adding: “This may be to do with globalization—which is itself very fraught.”

“A lot of European museums in particular are now reluctant to have a program that is heavily dominated by American art,” says Sir Nicholas Serota, Chair of Arts Council England. “There is a feeling that the market is probably doing that already, and their role is to run slightly counter to the market,” he says.

“There is also a sense that American art has had a very good run since the late 1950s, and there is a lot of excellent art being made around the world that also needs to be seen,” Serota adds. “It’s essentially a response to ‘Not another white American male in your program.’ ”

There is a different phenomenon taking place within US institutions, Serota adds. “There has been a rediscovery of work made by other American—quite often black American—artists that had not been favored by the market or museums until recently. A generation of curators is interested in rediscovering aspects of American art that have been neglected.”

This is borne out by the applications. The vast majority (all but one) of US-focused solo show proposals by US institutions were focused on artists whose work is not perhaps widely known or understood. This was also the case with the few non-US museums whose solo show projects focused on American artists: the artists were not the usual suspects.

Museums want to complexify the history of American art

“There is a real feeling that museums want to complexify the history of American art,” says Donna De Salvo, Senior Curator at the Whitney Museum of American Art in New York. “So many of the projects were revisionist histories, or shows taking on artists who are not as well-known. There is a sense of mining one’s own history and paying attention to diversity,” she says.

Essentially, one form of nationalism—messy, open and focused on hidden histories—is being proposed by curators as a counter to the narrower version being espoused by several governments around the world. “I wonder if we are seeing something of a reaction to the political landscape,” says Connie Butler, Chief Curator at the Hammer Museum in Los Angeles. “Museums are trying to tell different stories about America. In that sense, nationalism is responding to nationalism.”

The tendency to revisit and represent was clear in the thematic exhibitions as well as the solo shows: there was a significant increase in the number of thematic shows focusing on overlooked artists, a category that more than quadrupled this year. Nonetheless, there were far fewer of those exhibitions than shows presenting known artists in new lights. “The tendency to unearth every corner of the practice of yet another male canonical figure rather than look towards something that is truly not known is just a cultural comfort zone,” Butler says.

“That is the patriarchal continuation of the canon but I don’t think it’s a trend,” she adds. “The trend, in fact, towards the overlooked is still of great interest to the art world, and that is fascinating to me, because I didn’t expect it to last as long as it has. It’s been a good ten years now, and looks set to continue.” 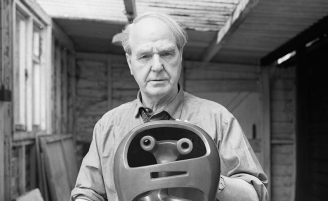 Museums
Henry Moore at the Wallace Collection: The Helmet Heads

“What the Sotheby’s Prize is revealing,” Enwezor says, “is that many museums are saturated by works that we can conventionally call works of western Modernism and contemporary art and there is a need—and demand—for diversification of the collection to tell new stories. This expansion is something I believe we are all taking note of.”

What the data does not reveal, however, is how deep the urge to rediscover really is. “The first thing I look for in a museum wall label is the year of accession—and it is almost always recent,” Enwezor says, specifically talking about works by African American artists. “It is a game that Glenn Ligon and I like to play,” he adds. “Once you look closely, you realize that hardly any of these institutions are collecting this work in depth.”

In a year of #MeToo, it is interesting to think about how that consciousness plays out

Statistically, the focus on living female artists is important, De Salvo says. “It is heartening that, rather than waiting until women are dead to be given their moment, they’re being recognized during their lifetimes. In a year of #MeToo, it is interesting to think about how that consciousness plays out.”

Nonetheless, the fall in the number of shows dedicated to dead female artists “is definitely to do with the fact that institutions are very shy to present that work, unless the artists are Louise Bourgeois, Agnes Martin or Ana Mendieta,” Enwezor says. “It is difficult for curators to get institutions to commit to the representation of dead female artists unless they are very well known.”

There were barely any exhibitions dealing with sex or sexuality in 2017—and even fewer in 2018. Nonetheless, the jury bucked the trend by selecting Queer Abstraction at Des Moines Art Center in Iowa (1 June-8 September 2019) as a commended exhibition (the show, De Salvo says, “is a really smart, risky, bold and committed project.”) Meanwhile, the number of exhibitions focusing on gender issues doubled this year. 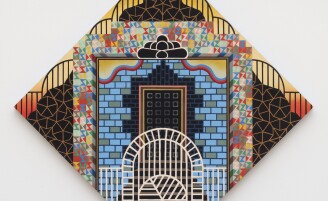 Spirituality clearly has a resonance among young people

Spirituality was up: there was a four-fold growth in applications on the subject this year. “These themes clearly have a resonance among young people,” Serota says, pointing to the success of the current Hilma af Klint exhibition at the Guggenheim (“Hilma af Klint: Paintings for the Future”, until 23 April 2019). The show—which focuses on the previously unknown work of a turn-of-the-century female artist who was, it turns out, innovating spiritual abstraction before any of the male Modernists—has been a surprise smash hit with audiences and critics alike.

“Spirituality in art is now a territory in which museums feel that they have a way of presenting it to an audience,” Serota says. “There is definitely a sense in which people want to look again at the abstraction of early 20th-century pioneers like af Klint, but it is also an area where artists are themselves grappling with issues that Rothko and others from the 1950s were dealing with then—enough time has passed that they feel they have something to say.”

While the trends in the data could be seen to reflect a growing conservatism, De Salvo thinks differently. “I think it is the opposite,” she says of the increase in exhibitions focusing on spirituality and the process of art-making itself (which doubled).

“This is really about getting down to the nitty-gritty of what our everyday lives are about,” she says. “In some ways there was a shift away from abstract concepts or broad topics, like technology and the environment, towards the personal realities of living in a complex world. It is about lived experience, individuality and identity—and reaffirming of agency.”

It is uncertain the extent to which these shifts mirror current political and cultural events, Enwezor says, since exhibitions often take a long time to put together and bring to the attention of an institution. “But it is important that, with these developments we see across the world—such things as the nationalist impulse from the right, issues of gender and LGBTQ advocacy and of identity through the #blacklivesmatter movement—these exhibition trends might also reflect the ways that institutions want to deal with their own sets of consciousnesses in relation to their communities, and therefore might bring certain exhibitions forwards more quickly—really to ride the zeitgeist.”