Reaching for the Moon with Watches by A. Lange & Söhne

By Sotheby's
T he very origins of timekeeping comes of a desire to find order in the movement of the sun, the moon and the constellations. Looking to the sky, we would know the hour by the position of the sun and count the passing of months by the age of the moon. There is poetry in the unity of solar and lunar rhythms, together guiding the passage of the seasons even before the advent of watches, serving as a reminder of the steadfast flow of time.

The moon phase display has a long tradition that traces back to early clock dials, even before the invention of Western clockwork, to the mysterious Antikythera Mechanism, an ancient Greek invention dateable to 205 BCE that displays the calendar date, solar and lunar phases, and forecasts of eclipses. The importance of moon phases in horology is universal through many cultures. In 1088 China, renowned polymath Su Song would develop an advanced hydro-mechanical astronomical clock composed of a solar and lunar wheel and a wooden five-tiered pagoda. Moon phase complications were integrated into the great astronomical clocks of cathedrals during the Renaissance, and then later in ever smaller, and more personal time-keeping devices.

Some modern cultures now regard functional time in seconds, minutes, and 24-hour days, marginalizing the moon’s place in time-keeping. However, horologists remain fascinated by the interplay and patterns of lunar and solar cycles within the cosmos, so it shouldn’t be surprising that the moon phase concept has survived throughout the centuries as a display of many of today’s finest clocks and watches.

The moon phase complication requires a high level of technical engineering, as the lunar cycle is about 29.53 days, which means the indicator might lose accuracy if the 0.03 difference isn’t accounted for in the design. Legendary watchmakers, such as A. Lange & Söhne, have managed to create sophisticated gears driving the moon display that would remain accurate for at least 122 years.

Below are a selection of wristwatches with moon phase complications from the Watches Weekly: A. Lange & Söhne sale, open for bidding until 22 April. 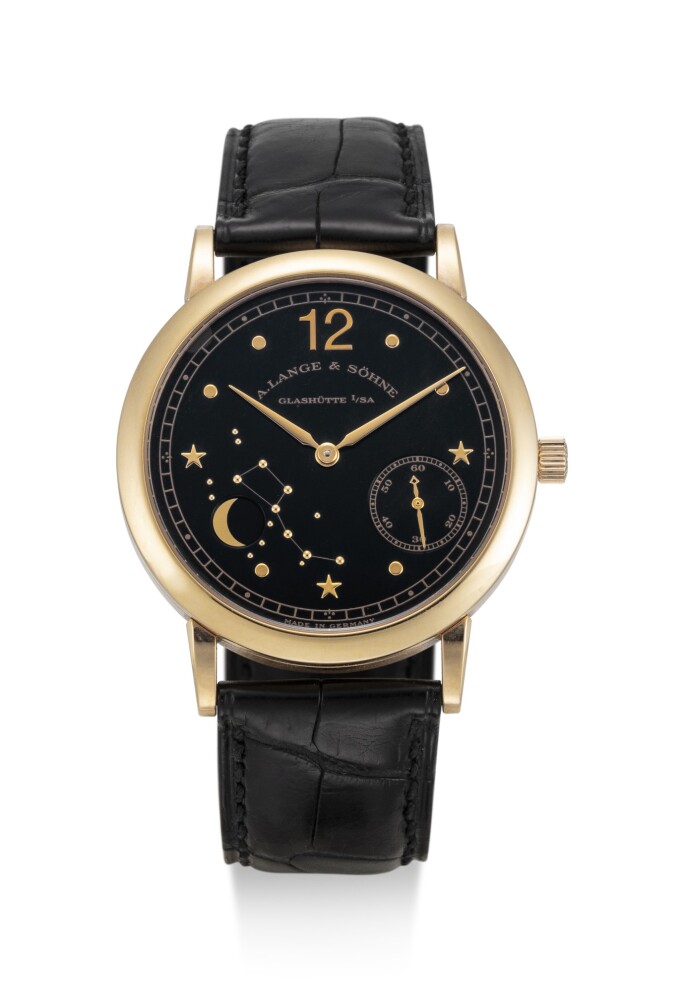 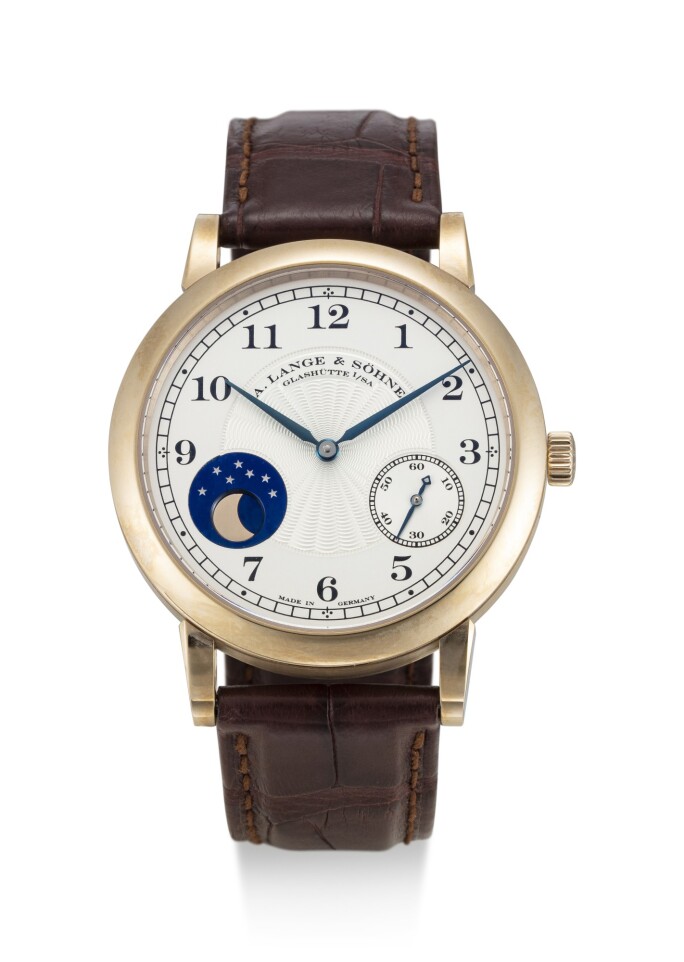 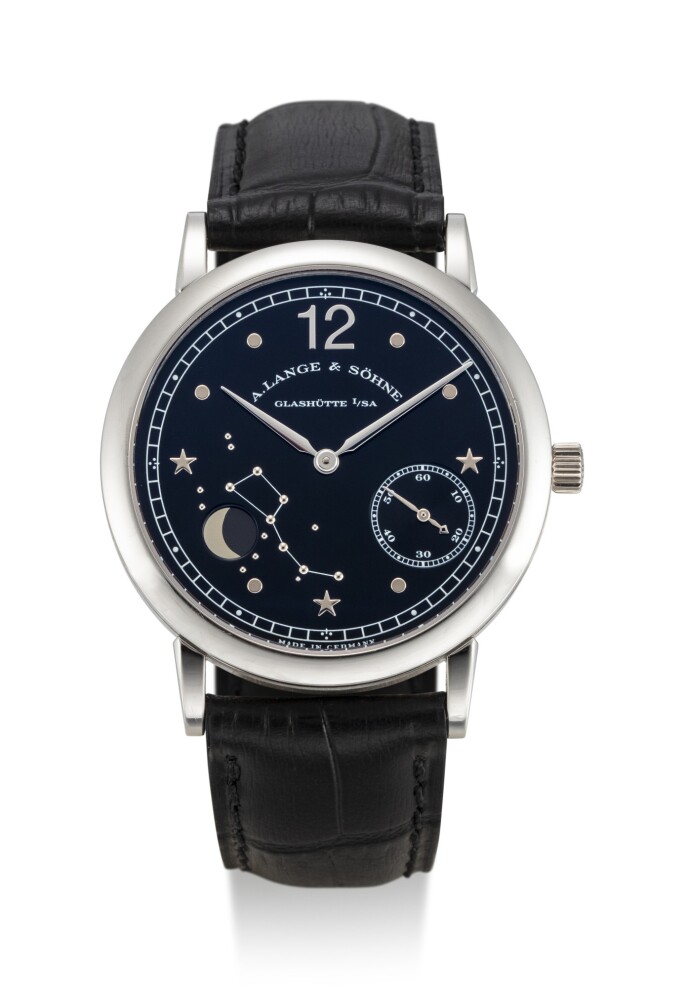 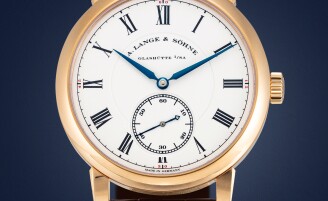