T he top lot of the Contemporary Art Evening Auction was Francis Bacon’s searing 1975 painting Self-Portrait, which achieved £16.5 million in front of a packed sale room in Sotheby’s New Bond Street galleries. Considered the most introspective and inwardly scrutinising phase of his career, Bacon’s 1970s production is characterised by the searing self-images that emerged following the sudden death in 1971 of Bacon’s former lover, George Dyer.

The Bacon work was joined by several other extraordinary portraits, demonstrating the breadth of the genre in the post-war period, with Jenny Saville’s visceral and intimate Shadow Head — which sold for £4.2 million —continuing the successful rise of Saville’s stock in the market. A previous record was set for Saville in October 2018, when Propped (1992) sold for £9.5 million at Sotheby’s in London.

Albert Oehlen’s Selbstportrait Mit Leeren Händen (Self-Portrait With Empty Hands) — a tribute to his friend and collaborator Martin Kippenberger — found a buyer at £6 million, setting a new auction record for the artist. Another Oehlen work, the 2005 abstract Untitled sparked a competitive bidding battle between 17 collectors, and eventually hammered down for £1.8 million.

In an exciting evening for the artist, the Serpentine Galleries announced that a major exhibition of Oehlen’s work will be held in October, examining his career to date, and proudly sponsored by Sotheby’s.

Other highlights of the night include Charline von Heyl, whose celestial canvas, Cluster, opened the sale in her evening auction debut, selling comfortably above the estimate at £150,000. It was a strong evening for contemporary African artists, as Pascal Marthine Tayou's Poupées Pascale, Les Sauveteurs achieved £312,500, and Toyin Ojih Odutola’s Compound Leaf, more than doubled its pre-sale estimate, selling for £471,000 — both setting new records for the artists. 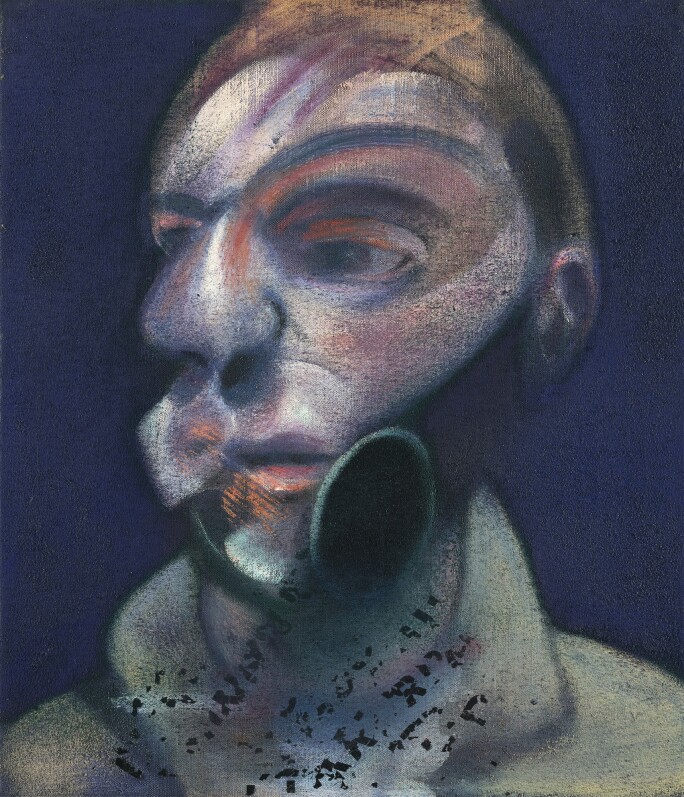 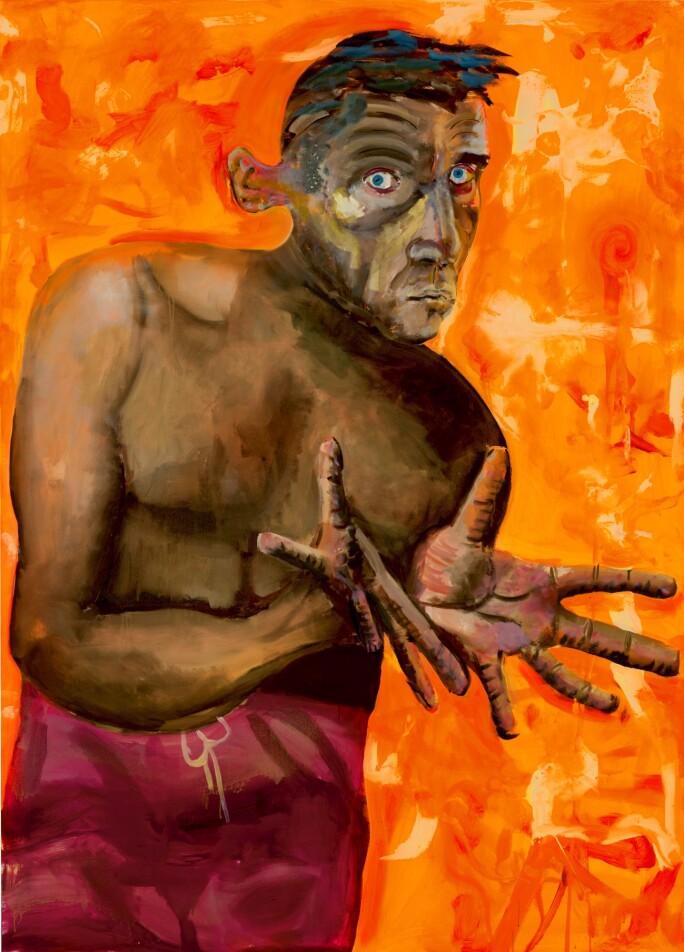 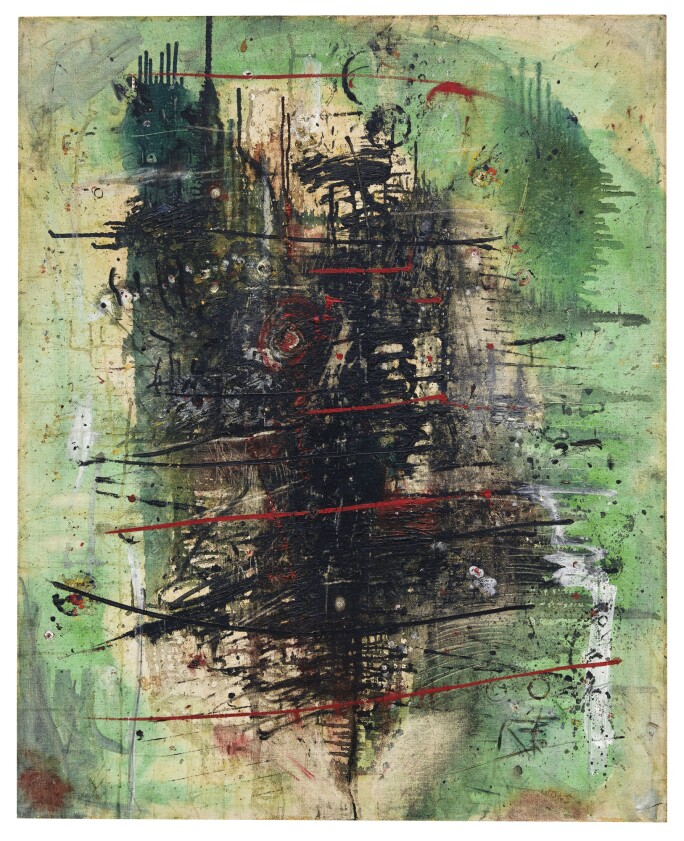 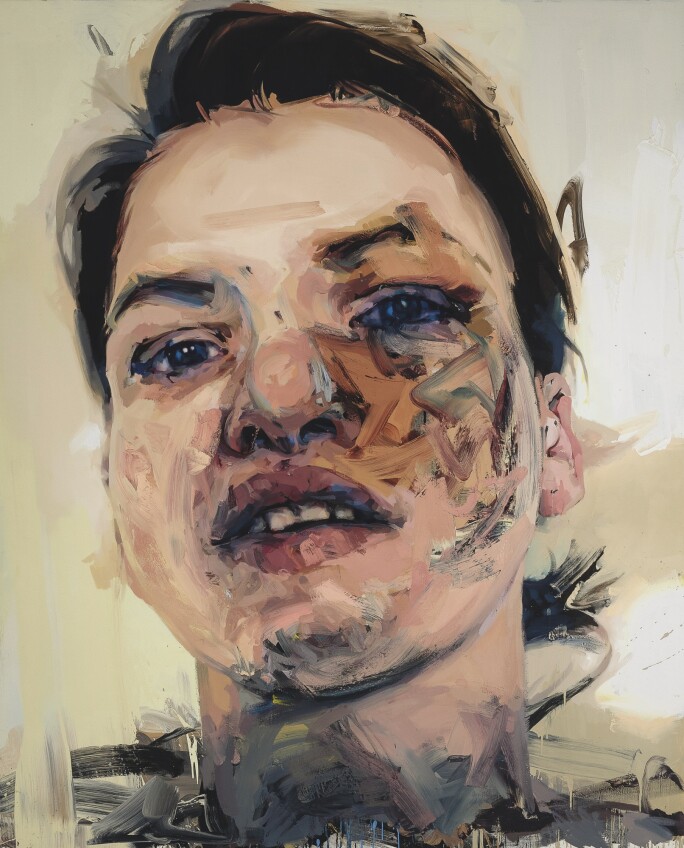 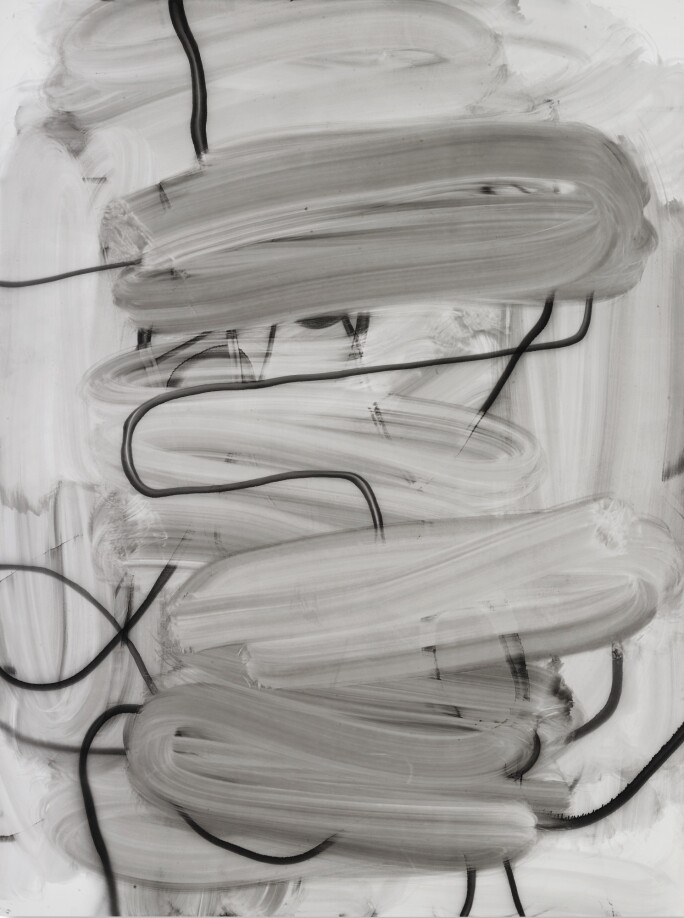 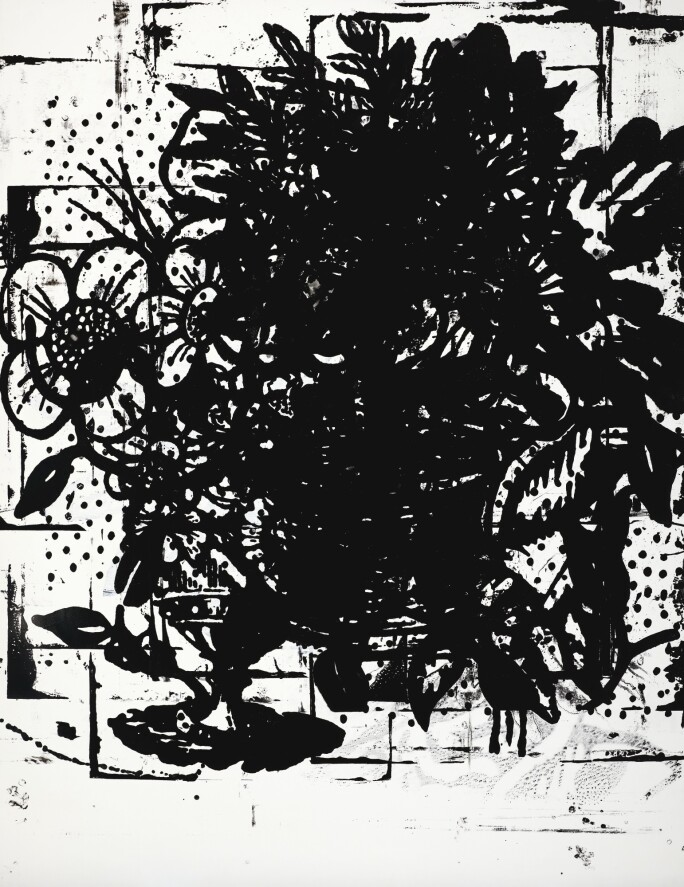 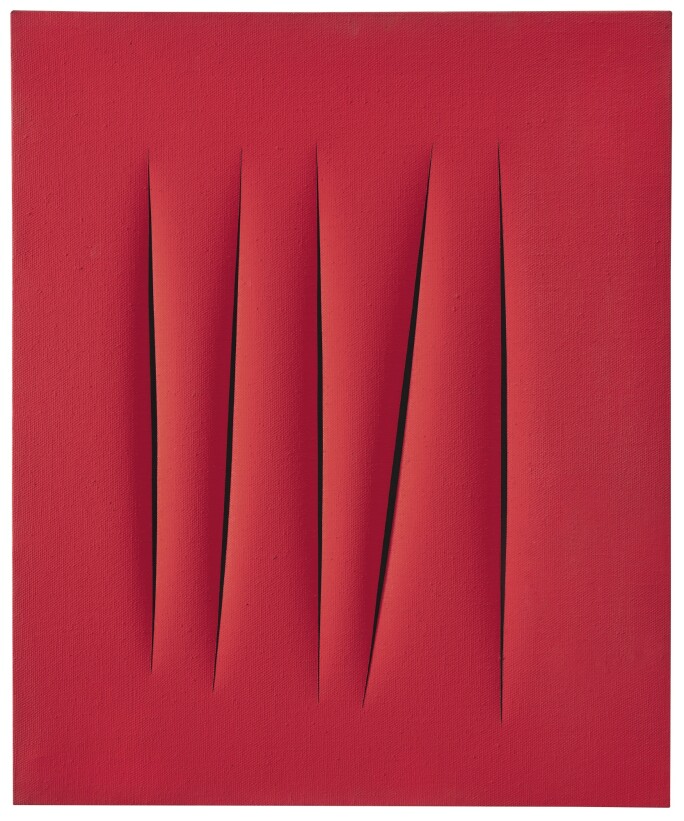 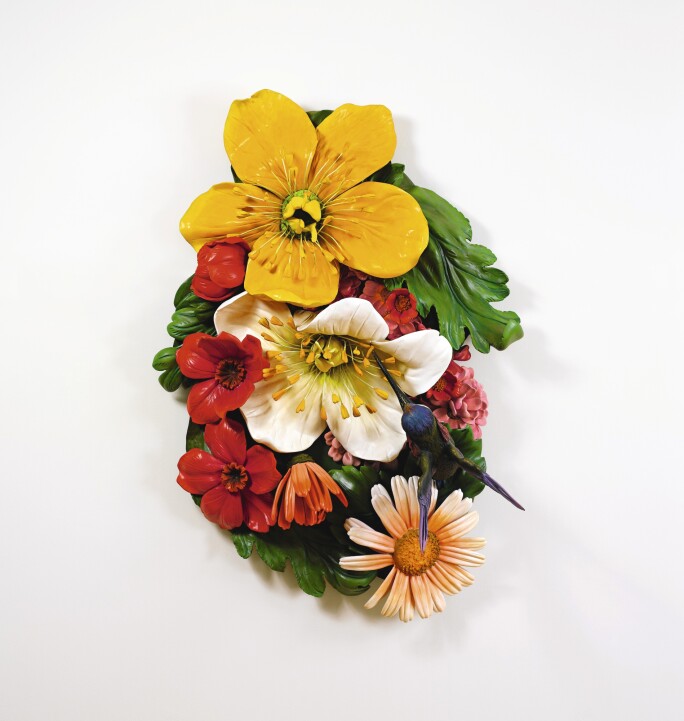 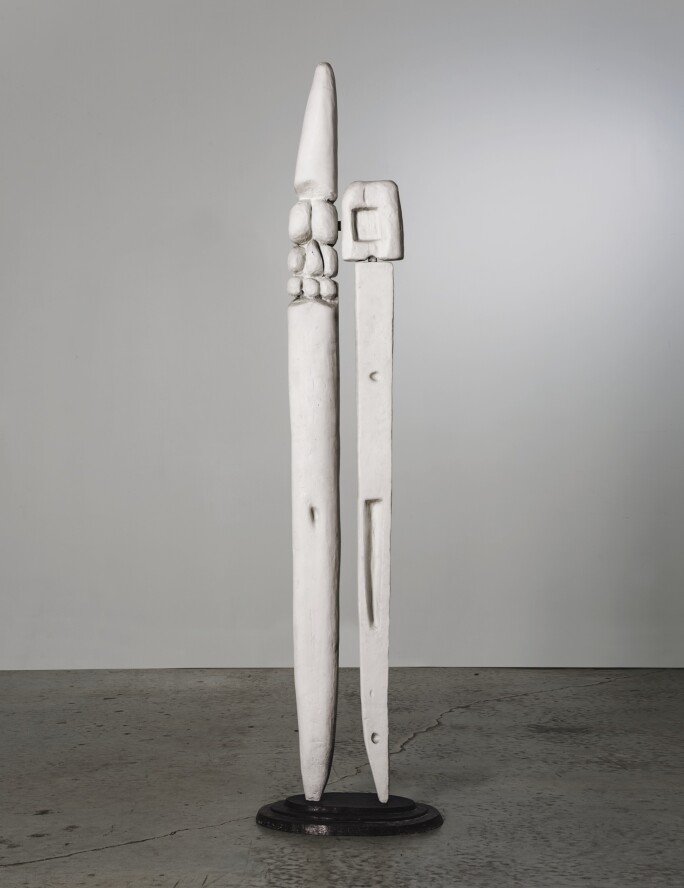 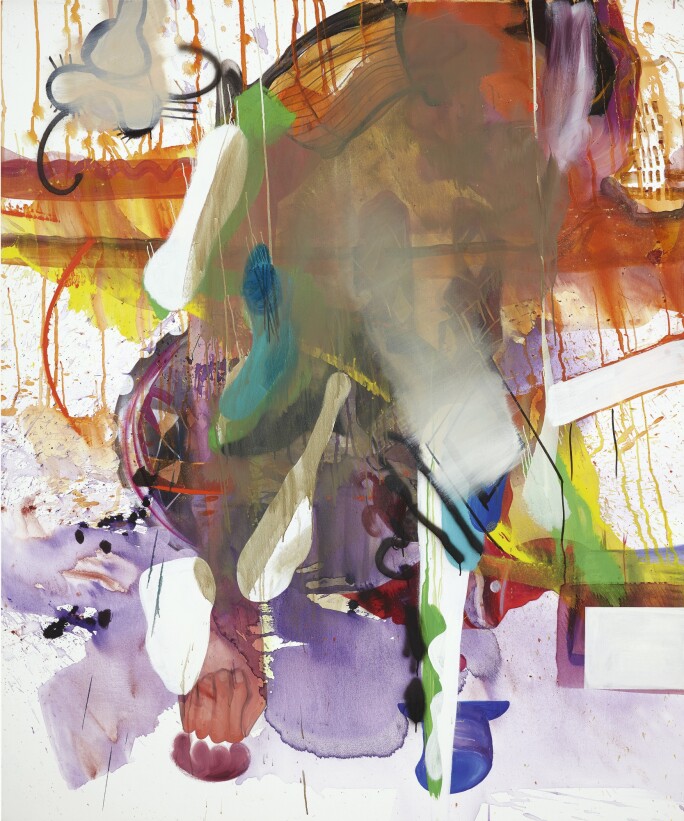 The sale confirmed the demand for both established names and newer, fresh to market artists in an evening of record-breaking results, and made a total of £69,143,300.

The series continues with the Contemporary Art Day Auction which begins at 10.30am GMT.