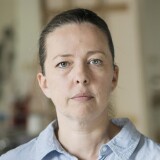 Works by Jenny Saville at Sotheby's 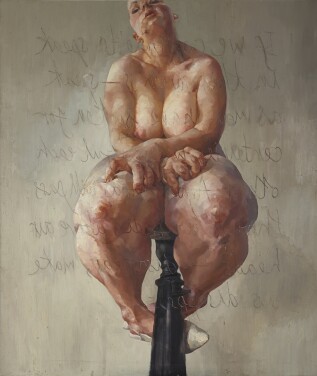 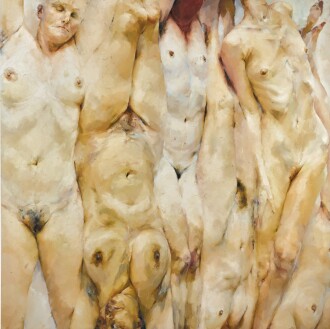 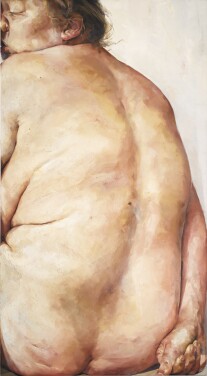 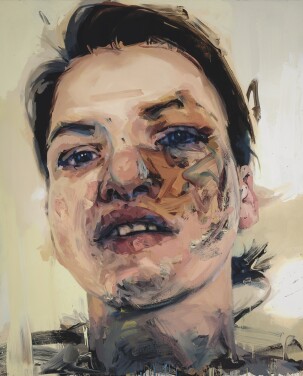 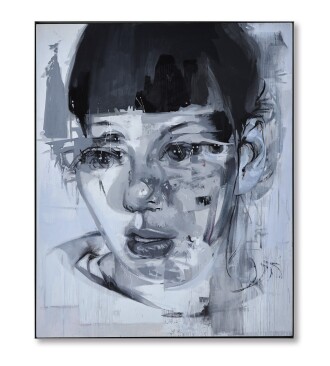 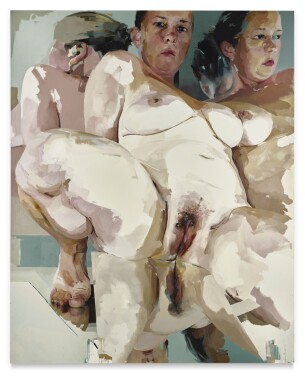 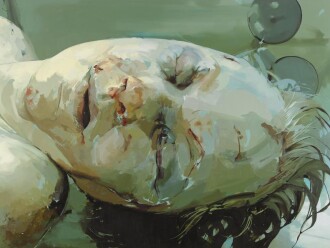 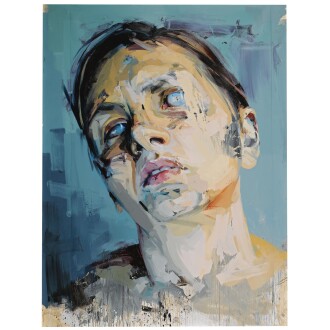 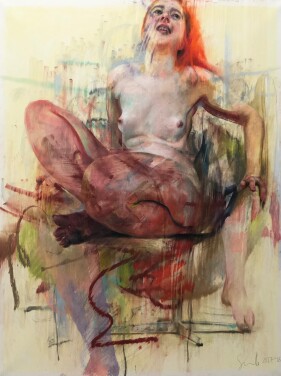 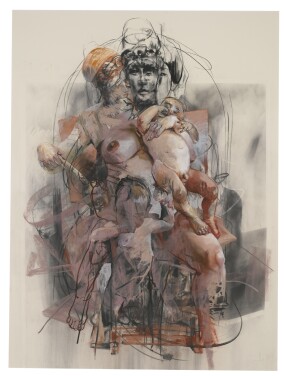 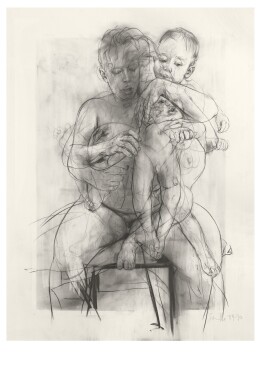 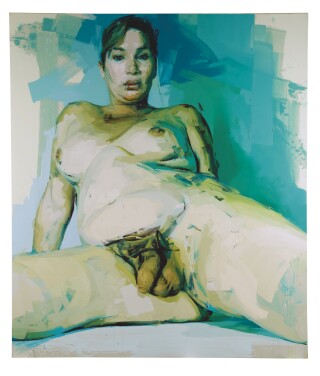 Jenny Saville (b. 1970) is among the leading contemporary artists whose work has sparked a recent revival in interest in figural painting. Born in Cambridge, England, Saville trained at the Glasgow School of Art in Scotland. Her mother recognized her talent early on, and constructed a makeshift studio out of the broom closet in their home. She has since worked in a variety of spaces including a factory in New York, a dilapidated palazzo in Palermo, Italy, and a tenement in Glasgow.

She is known for her larger-than-life figural paintings of nude women, depicted at unusual and distorted angles. These portraits are defined by an exaggerated realness, as she emphasizes folds of flesh, visible veins and reddened skin. Saville’s precise handling of paint and purposefully foreshortened perspectives underscore the female form’s solidity and power, as well as its inherent vulnerability. The resilience of human flesh is among Saville’s central interests; in addition to her study of classical and Renaissance sculpture, she spent time in a morgue, and observed a plastic surgeon at work to fully grasp the nature, extremes, and possibilities of the body. Her works comment on the contemporary obsession with the figure, from emaciated to obese bodies, and as such, work has been described as embodying a ‘feminist aesthetics of disgust.’ Her works synthesize ancient modes of representations of womanhood or fertility; Renaissance approaches to portraiture and paint handling; and the expressive techniques of Fauvist and Abstract Expressionist painters.

Saville’s career has been marked by critical and commercial success since her art school days. Her graduate student show at the Glasgow School of Art sold entirely, with one of her paintings then featured on the cover The Times Saturday supplement in London. In the weeks that followed, gallerist Charles Saatchi purchased the entirety of her available oeuvre and commissioned a series of new works. She is represented by Gagosian Gallery in New York and has exhibited at London’s Tate Britain and Royal Academy of Art. Her paintings can be found in major institutions including the Museum of Modern Art, New York, and the San Francisco Museum of Modern Art.

Museums with Works by Jenny Saville 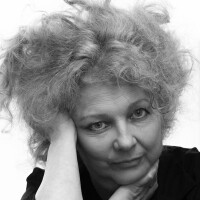 Type: artist
Category: Artist
Marlene Dumas
View Profile
Artist Image: 2012 Pal Hansen
Please note that prior performance of the indexes and realized returns contained herein does not guarantee future results. In addition, there is no guarantee that random collections of individual works of art or stocks will yield index returns. We are not financial advisors and we are not in the business of recommending art as an investment. We also have no comparative advantage in forecasting the future direction of the art market. Investment decisions should be based on the risk return tolerance and time horizon of the investor with, if desired, the support of a licensed financial advisor. This information is provided "as is" and with no representations or warranties either express or implied of accuracy, merchantability, fitness for a particular purpose or of any other nature are made with respect to this information or to any expressed views presented in this information.