Philippe Petit Looks Back at His Scavullo Photo Shoot

You probably know Philippe Petit from his unforgettable starring turn in the Oscar-winning documentary-crime-caper-hybrid Man on Wire. (And if you don’t, take our word for it, and add it to your Netflix queue immediately.) Now, the magical story of Petit’s legendary performance across New York’s World Trade Centre Towers is returning to the big screen, with Joseph Gordon-Levitt playing the fearless artist in The Walk, opening 30 September. As for the real Petit, you can catch him (or at least a portrait of him) in our upcoming photography sale Francesco Scavullo: No End to Beauty.

You know, it was so long ago. I remember it was very alive and fast-paced. I had brought my unicycle and my street juggling equipment and I asked him, “Well what if I do a circle with my unicycle?” So on quite a big piece of paper, a mat on the floor, I drew the circle that I used to perform in the street. Normally it’s a very large circle, so I am able to follow the line with my unicycle. But this was, of course, smaller because of the size of the studio. Therefore I was leaning forward and it was very difficult to keep the speed – which is the impressive thing when you see someone circling on a unicycle. We did quite a few takes and I was exhausted. But he was very pleased, and I was very pleased with the result when I saw the picture, because it really captures my move.

Do you remember any direction he gave you? Or did he let you take over?

It was so technically demanding for me that he could not really give me direction. He didn’t say, “Do this, do that.” But I remember that he had to adjust to the speed of what I was doing very quickly. As a master of photography, he put himself at different places as I passed in front of him and he was looking for the best angle for the composition. It was a very interesting collaboration, but the result speaks for itself. It’s a beautiful shot.

Because you’re wearing a top hat and carrying your juggling gear, would it be more accurate to say that this is a portrait of your street persona Lippo? Or is it Philippe Petit?

I like that you just mentioned my street performer Lippo, the silent, comic character that I created over – what – 50 years ago. This is not performing. We don’t see the crowd. We don’t see the streets of New York. So it’s really an expression of my character alone. It’s usually toward the end of my act that I surprise the spectators with a very fast run before exiting the circle. This really does express the performance of that character. That’s probably why I like the picture so much.

Scavullo’s photo of you was taken in 1977, just three years after “the walk” that your new movie is about. You had achieved a lot of fame in that short time span. Do you think that this photo is different than ones taken before you reached that level of notoriety?

The photo itself no, because I was the same character doing the same thing before, during and after. But in a sense you are right. I think, in a way, this post-celebrity image has a different resonance than ones taken just before.

Do any of the performances you did in 1977 stick out to you as especially memorable?

I’d have to look at a list of my work to give justice to the year 1977. I’m sure I was performing. I did a very long ascent as a special guest artist at the Ohio State Fair in Columbus, to put it in the context of what I did.

You once said, “If I have to make a self-portrait, I would put poetry and rebellion on the list.” Since this is a literal portrait, do you think it captures that feeling?

Oh yes. The picture doesn’t really explain, but when I’m turning in a circle, I could be running away with my unicycle at the end of my performance. It’s what I do to escape the police when they come to catch me, because I always work without permission in the street. In a way, this is an illustration of a rebellious moment. 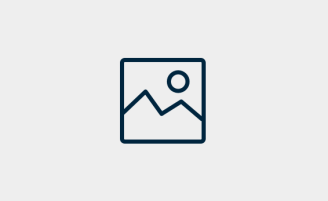