S untan lines on a bared back, wafts of cigarette smoke, light reflected off a pool at midday: over the decades, American artist Eric Fischl has depicted the pleasures and squalors of suburban life with an evocative sensitivity that has made him one of the leading artists of his generation.

Emerging in the 1970s and ‘80s, Fischl’s fresh and provocative style of painting offered an exciting way forward for the next generation of figurative artists, to whom he became nothing short of an inspiration. The role of mentor is one Fischl took seriously from early on, too; in the 1990s, he struck up a relationship with the New York Academy of Art, first offering studio critiques, and over the years becoming a beloved trustee and faculty member.

Some 30 years later, the academy’s annual Tribeca Ball debuts its first virtual edition on Monday, 5 April. This year, it will be honoring Fischl’s contributions with a star-studded live stream toast that includes a musical performance by Steve Martin and Scott Avett of the Avett Brothers. Kenny Scharf and Brooke Shields will follow up with a conversation about the New York art scene of the 1980s.

On the eve of the excitement, Sotheby’s spoke with Fischl about his longstanding commitment to the New York Academy of Art, how it’s transformed over the past 30 years, and why mentoring artists is mutually rewarding.

Your relationship with the New York Academy of Art dates back some 30 years and to a very different New York art world. How did you first get involved and what interested you about it?
I was invited to give a critique by Eileen Guggenheim – our paths had crossed one way or another. At the time, I knew very little about the place other than it was very reactionary for the times – a school committed to the figure and based on 19th-century French academy values. I was almost perversely drawn to it by that anachronistic dynamism set within the New York art world of the late ‘80s and ‘90s. I was curious about it, especially as somebody who was self-taught in terms of figuration. When I went to school, the worst thing you could do was to be a figurative painter, so they didn't teach techniques for it. I wanted to know how you could learn anatomy and perspective and things like that in the current moment. How do you make a figuration that’s not tied to the social realists from the ‘30s? How do you make a hand that feels contemporary – or do all hands have to look like Michelangelo's?

“When I went to school, the worst thing you could do was to be a figurative painter...I wanted to know how you could learn anatomy and perspective and things like that in the current moment.”

In those early days, what was the energy like at the Academy?
In those days, it was filled with many artists who had been beaten up, in one way or another, by the art world, and they came back to the Academy just wanting to learn how to paint portraits so that maybe they could make a living that way. There wasn't a lot of art ambition attached to the school at the time.

How would you say that the Academy transformed over the years then?
Simply put, it got more exciting. Thirty years ago the idea of painting was very fixed in both its techniques and subject matter, and people leaned heavily into allegories. I am serious when I say people were literally painting people in togas. But what started to happen was that the influences from visiting lecturers and critics, along with changes in some of the faculty, began to open the school up to other ways of painting that were not so rigid about what a painting should look like, as opposed to what a painting must be, in terms of the authenticity of expression and intention.

Our world changed as well. All of a sudden figuration was not anathema. The school began to be taken more seriously as an institution and that again brought in a kind of vibrancy that was inspiring to students, which in turn attracted a different kind of student, one wanting to engage contemporary dialogue and have more of an impact on culture.

You’ve mentored many artists including Arcmanoro Niles, who recently signed with Lehmann Maupin. Why has that role been important to you?
Is it pretentious to say that I think it's a responsibility? I'm not a teacher-teacher in the sense that I’m not particularly good at the handholding part – I'm a little selfish for that. But in terms of conversation and dialogue and getting the students to maybe recognize or see something differently, that I find very stimulating. For me, mentoring is a way of connecting to younger people and finding out what the hell they're thinking about, too.

You’ve also started two artist residencies with the Academy – a teaching residency at West Nottingham Academy in Maryland and one on Fogo Island in Newfoundland. Can you tell me about those?

While I might not be the best board member in terms of attending meetings, instead over the years, I’ve tried to develop opportunities or programs for students and those who are graduating from the Academy. One opportunity that I’m very proud of is that I connected my childhood prep school in Maryland, West Nottingham Academy, with recent graduates and students from the New York Academy of Art in an artist-in-residence style program. West Nottingham is on a trimester system, and in this program three graduate students from New York Academy of Art go down to Maryland and teach ten weeks each. They are funded by me, and are given room and board. The New York Academy of Art students get teaching credits, which are very important for artists. The kids of West Nottingham meanwhile get the benefit of this nice range of talent because every year it’s three different teachers with them, say a printmaker, a sculptor and a painter – and of high quality too.

The other program we set up on Fogo Island in Newfoundland, an extraordinary program and internship where art students can learn the practical side of the art business. Many art students aren't going to go on to become professional artists. They're going to find other things to do along the way that are more practical or better suited to their personalities. So why not learn the business? And it’s just beautiful there too. The residency sits on a cliff overlooking the North Sea – you'll wake up in the morning and icebergs are floating by.

Last question before you get ready to celebrate: this is the first virtual Tribeca Ball. Is there anything you're looking forward to particularly on your special night?
I’m not sure if I’m supposed to even know about this surprise, but I found out! Two of our hosts are dear friends of mine and incredible musicians – Steve Martin and Scott Avett – and they are teaming up to perform, which I am so excited and honored about.

Watch a free live stream of the Tribeca Ball on Monday, 5 April, at 6PM EDT here. 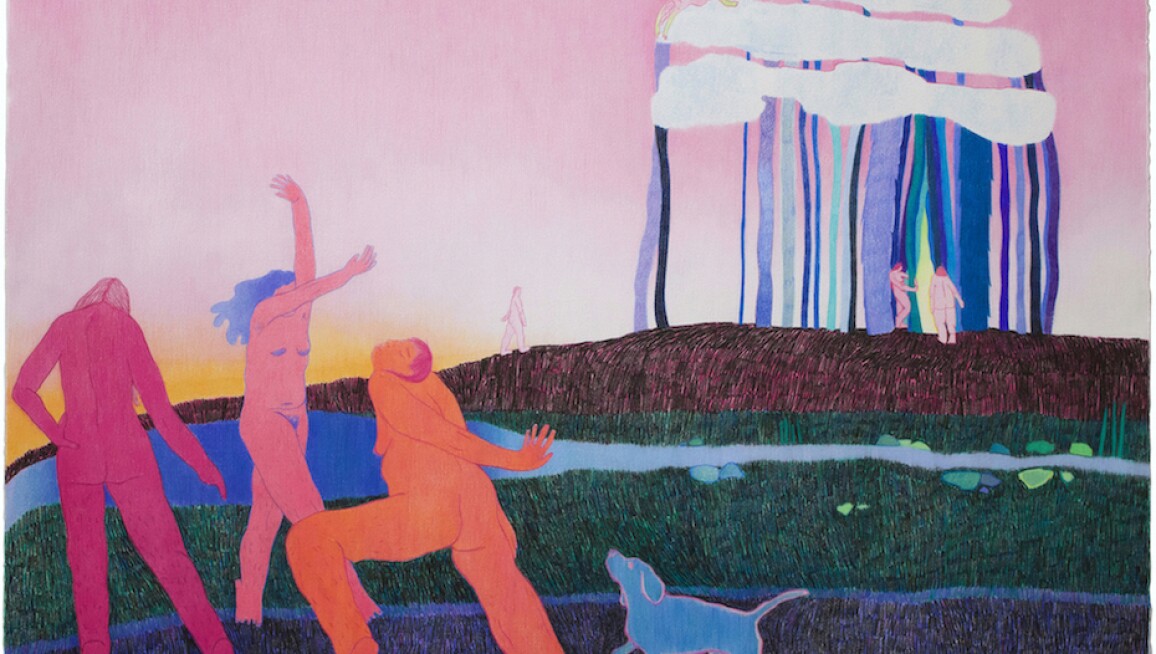