F abrizio Moretti graduated from the University of Florence and founded the Galleria Moretti in 1999, when he was 22 years old. He held many successful exhibitions focusing on Renaissance art, and became a leader of the field in just a few short years. On September 27th 2004, the French Minister of Culture bestowed the title of Chevalier de l’Ordre des Art et des Lettres upon Mr. Moretti, and in 2005 he opened a new gallery space in London. He participated in TEFAF’s Executive Committee from 2007 until 2017, and he was the only Italian to do so. He also was a member of the founding committee of Frieze Masters from 2012 to 2017. Mr. Moretti is a member of the Associazione Antiquari d’Italia, for which he served as vice-president from 2013 to 2015, and from 2013 to 2015, he was a part of the Board of Directors of the Fondazione Cassa di Risparmio of Prato. In 2014 he was appointed as Chairman of the Biennale dell’Antiquariato di Palazzo Corsini, and in 2015 he was honoured to receive the Key to the City of Florence from its mayor, Dario Nardella. Since October 2016, he has been a member of the Paintings Council at the J. Paul Getty Museum in Los Angeles. In June 2017, Mr. Moretti opened a new exhibition space in the Principality of Monaco. He hopes that the Monegasque gallery will become a nucleus of cultural life for both the region and international collecting. The 2019 exhibition Step by Step. Un regard sur la collection d'un marchand d'art, at the Nouveau Musée National de Monaco - Villa Sauber, explored Mr. Moretti’s unparalleled eye for art, and in In 2019 the Princess of Hanover awarded him with the Chevalier de l'Ordre du Mérite Culturel. From 2019 to 2020, Mr. Moretti was appointed as representative of the Municipality of Florence in the Scientific Committee of the Gallerie degli Uffizi. Throughout his career Mr. Moretti has fostered relationships with preeminent private collectors and major museums around the world, including The Metropolitan Museum of Art, The J. Paul Getty, The National Gallery of Washington, Galleria dell’Accademia and Galleria degli Uffizi. Mr. Moretti also started the Fondazione Fabrizio Moretti, a charity dedicated to supporting disabled people. It is a project close to his heart and the foundation in its final stages of constructing a center dedicated to children and the effects of hippotherapy in Prato, Italy. Mr. Moretti is planning to open a new gallery on Duke Street, St. James’s, London.

All proceeds from the sale of these three lots will be donated to ChefsForAmerica COVID–19 Response. 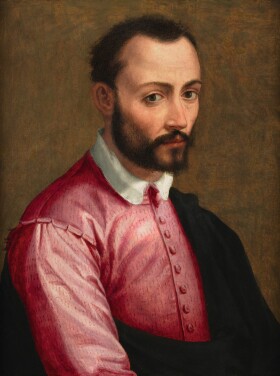 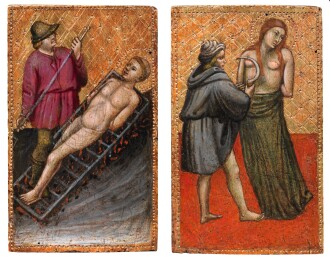