F or this edition of Contemporary Curated, dancer and choreographer Michael Clark has curated a selection of works by artists such as Liam Gillick, Rebecca Warren and Günther Förg that will be sold at auction on 12 April in London. Famously known for his work on and off stage with musicians, artists and fashion designers, Clark has collaborated with several of the artists included in the present auction, making his selection an inherently personal one. His career has evolved alongside the counter-cultures he lived and worked amongst, resulting in a physical, artistic documentation of contemporary British culture from the late twentieth-century to the present day.

Michael Clark is one of the world's leading choreographers and dancers and has been described as "the most brilliant and worst behaved" alumni of the Royal Ballet School. After his classical training at the Royal Ballet School in London, Clark joined the Rambert Dance Company in 1979, and it was there that he began to broaden and explore the possibilities of performance. Whilst at Rambert, Clark attended a summer school with Merce Cunningham and John Cage which led to a renewed fascination in pushing the boundaries of dance.

In 1984, Clark founded his eponymous company, with whom he has performed at venues around the world, including galleries and museums. Clark's pioneering vision of creativity has seen him draw influence from Dada, performance art, rock music and fashion – from street punk, to haute couture – in dances that are transgressive and rule-bending. In 2010–2011 he spent seven weeks in the Turbine Hall at Tate Modern during his Yvonne Rainer-inspired residency. Here, he invited members of the public to participate in his choreography. This was followed by a four-week takeover of an entire floor of the Whitney Biennial in New York in 2012. Clark has been an Artistic Associate at the Barbican since 2005, and in 2014, was awarded a CBE for services to dance in the Queen's Birthday Honours.

Whilst Clark has earned the labels 'rebel', 'iconoclast' and 'punk', his practice in the field of dance cannot be classified in such simple terms. His work is undoubtedly experimental, but Clark’s ability to move between visual mediums and draw on varied cultural references has ensured a dynamism to the work he produces that most would struggle to emulate. His collaborators are artists, musicians, designers, and filmmakers such as Leigh Bowery, Peter Doig and Charles Atlas. In 1991, he choreographed and danced the role of Caliban in Prospero's Books, directed by Peter Greenaway, with whom he worked on several projects, and in 2001 he collaborated with Sarah Lucas in Before and After: The Fall, for which the artist created a mobile structure in the shape of an arm that interacted with the dancers on stage. Lucas' Ones Knob, pictured below, is offered in the sale.

MICHAEL CLARK SELECTING WORKS FOR THE CONTEMPORARY CURATED SALE, INCLUDING ONES KNOB, BY SARAH LUCAS.

Other creative collaborations include an invitation by Alexander McQueen and Nick Knight in 2004 to work on Blade of Light for SHOWstudio, a project which saw choreography, couture and film on an equal footing. Clark's performances are characterised by technically vigorous and dynamic sequences, against bold, graphic set design. Musically, soundtracks are diverse, with performances often set to music by David Bowie, Pulp, The Fall and Kraftwerk.

In his selection of works from the Contemporary Curated sale, Clark has eloquently mirrored the varied historical references that influence his own artistic output. Whilst he was attracted by compositional elements such as density, weight and abstraction in works such as Brazil Kalmar Text by Liam Gillick, and Untitled 743/87 by Günther Förg, he also responded to the physicality and sensuality of works such as Tom Wesselmann's Study for Sunset Nude and Sigmar Polke's Untitled.

"I relate Liam Gillick's work to that of Günther Förg, in terms of density. Förg is pure abstraction if you like, and because he is using text, Liam’s work has a different specificity to it. I have chosen these works because they intrigue me.  I’ve chosen Rebecca Warren, for example, because she is a friend – but I’m also intrigued by her very specific way of creating mystery."

"I still make the dance work on my own body first"

"This God-given gift they think I've got... I think my responsibility is to abuse it, find a different way of using it."

"Rock is my rock. It has been vital to me at a personal level; it has shaped me as an individual as well as an artist" 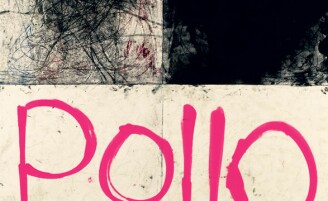