Keeping Time at the Bottom of the Ocean

A watch with a fascinating history will be offered in the Fine Timepieces sale in London on 17 April. The Rolex Sea-Dweller was introduced as a tool for divers in 1967 to enhance the Submariner 5513 which was found to be unable to withstand the greater depths of deep sea diving. As divers pushed the limits of technology and pursued greater depths Rolex developed the Sea-Dweller which was fitted with an ingenious one-way pressure relief value, thicker lens and strengthened case. Here, the consignor shares his account of deep sea life, and the watch that accompanied him on each dive for 28 years.

I started diving when I was fifteen years old, diving the wrecks of the first and Second World War, but I became a joiner so I would have a trade to fall back on. When I was twenty, I heard about a company called Risdon Beasley which at the time was the biggest company for recovering cargoes from shipwrecks destroyed during the wars. I went to work for them. After nine months, I was diving in the old fashioned lead boots and heavy brass helmet and really enjoying the work as it was so varied from week to week. Recovering gold was the biggest challenge.

On one occasion, I had a very serious decompression and developed the Bends — every divers worst nightmare. It turned out to be more serious that they first thought, and the Navy was called in to try and help me recompress. They put me on a fast boat to the nearest diving chamber where the navy doctor told me that they had tried everything but nothing was working and asked me to sign a form agreeing they had done everything they could. He said when I arrived at the surface I might be severely paralysed. It was sheer hell from me as my diving career had come to an end.

I was in the navy hospital for about a week when the feeling in my arms and legs began to come back. I believe to this day the power of praying and telling the brain I was going to make it made sure I was able to leave hospital after four weeks. It turned out to be caused by an error by a member of the crew and I could have been killed, so I left them.

In 1973, I went to work for KD Marine, and that’s where my offshore diving career in the oil industry started. I bought my Rolex Sea-Dweller Double Red with my first months wages as you needed a reliable watch in that environment. Timing and precision is everything.

When first I met the dive team, nobody wanted to dive with me as I lacked experience in using a diving bell, and I’d never been to the depths they had — 152 metres down. The first time I went down was under very challenging conditions and I was told I would only have a maximum of 15 minutes to do the job. I did it in 7 and the diver sealing me in to the bell shook my hand and said he would dive with me again. It then took 17 hours to get back to the surface, where the rest of the team were waiting to pat me on the back. It was then that I knew I was going to be a professional diver.

After six months working for them, the Piper Alpha was laid on the sea bed in 1974. The construction work was very different to diving; underwater cutting, welding, and plumbing. Twelve-hour shifts for thirty three days at a time, all the while living under pressure. If you were good at your job they were inclined to keep you under pressure as there was no consideration for health and safety at that time. It was freezing cold in the chamber, but hypothermia was just an everyday word for us, just a normal day at the office. The divers of today have the old pioneering divers like myself to thank for the improved conditions. This was about twelve years before the tragedy occurred on the Piper Alpha rig, in which many great men lost their lives.

I went on to work for 28 years in the oil industry all over the North Sea, then Norway, Holland, Belgium, India and Italy, where we were diving at a depth of 238 metres. When you arrive at the surface it was so hard to walk — the pain was intense.

My last ever dive was on the Piper Alpha to try and inside the unstable wreckage to secure a valve to shut the old pipeline. I survived a lot during my 28 years in the deep ocean. Decompression sickness, countless injuries, falling objects crushing me in to the sea bed in poor visibility; I should have been dead many times over, but somehow I survived it all. I lost many close friends to the industry, so I quite whilst I was still living. All I can say is rest in peace to my absent friends. Despite the hardships and nature of the job I would do it all again. It was never about the money. I truly loved my job and still miss it to this day. 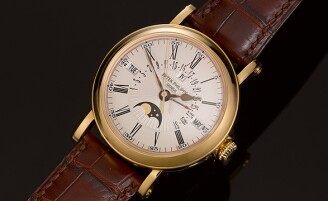