On 13 March, Sotheby's will auction “Bottle No. 1” of the D’USSÉ® 1969 Anniversaire Limited Edition – a special, Grand Champagne cognac bottled for Shawn Carter, aka JAY-Z, to honor his 50th birthday. The cognac will be offered in Rare Whisky & Cognac Live | The Macallan “Anecdotes of Ages” + The Bo Johnston Collection.

A decade ago, Michel Casavecchia, master distiller at the historic Château de Cognac, welcomed a very special guest to his cellar. Shawn Carter, better known as JAY-Z, was there to try the first samples of what would eventually become D'USSÉ's VSOP and XO cognacs.

The cellar master had a trick up his sleeve. “There was one barrel of a Grande Champagne cognac, made in 1969, from a unique distillation, that was maturing very well. Some of the typical cognac notes – leather, cigar box, forest floor – weren't perfectly in balance, but I knew how to correct that.” Casavecchia’s says, “blending cognac for me is like being the chef d'orchestre, arranging all these notes, trying to make music. But this barrel was already harmonious: it just needed time.”

“The whole process behind the 1969 Anniversaire collection reminded me why I got involved in the spirits industry in the first place – to create something that will stand the test of time.”

In 2019 – as luck would have it, perfectly timed for JAY-Z's 50th birthday – Casavecchia judged that this extraordinary barrel was ready to be bottled, and D’USSÉ 1969 Anniversaire Limited Edition moved from wood to glass. Each bottle is shaped into a 12-cut crystal diamond decanter – but the "Bottle No. 1", which will be auctioned at Sotheby's on 13 March, is the only bottle in the collection to also carry Shawn “JAY-Z” Carter’s engraved signature, have 24 Karat Gold leaf wrapping on the neck, and is the first to be made available for public sale.

“The whole process behind the 1969 Anniversaire collection reminded me why I got involved in the spirits industry in the first place – to create something that will stand the test of time,” says JAY-Z, “and we’re proud to auction the first bottle in the collection with Sotheby’s to benefit The Shawn Carter Foundation.” 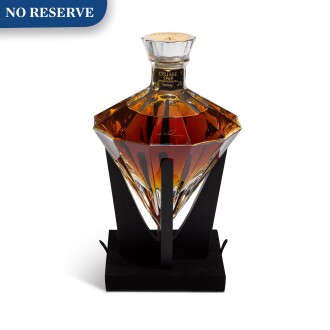 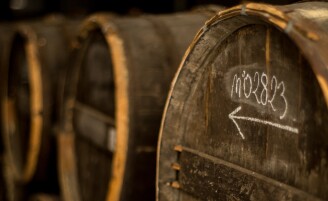