“E yes on the board, please!” This was the constant refrain of my eighth-grade mathematics teacher, Mrs. O’Sullivan. I remember her like this: round as an apple, with a cherubic cloud of blond hair, tiny candy-colored glasses perched on her nose, a high fluting voice, and a boldly monochromatic dress sense. She was, as they say, a bit of a character. My friends and I teased her mercilessly at the time. But looking back, I have a lot of sympathy for her attempts to get us to simply pay attention. How else would we have learned algebra?

Those were days before smartphones, of course, and well before students were forced to cope with “distance learning” (like “social distancing” and “cancel culture,” a bit of language we’ve all picked up this year, and can’t wait to put down again). Kids in my day – by which I mean the 1980s – weren’t yet living our lives onscreen. But we were all well down the slippery slope to perpetual distraction.

"you will see a total identification between maker and material, between past and present. Artisanal lineages of handed-down knowledge course through them..."

That long slide arguably began with the industrial revolution, and was greatly amplified by the advent of mass media, which has produced whole economies (and political systems) dependent on advertising. All these phenomena demand our time, insatiably, in ever smaller bits, and at ever greater speed. The cost-benefit of all this has been widely debated, of course, but what’s often left out of the discussion is the simple problem of distractedness. If we find that we’re not paying attention, as a society, we’ll have bigger problems than an inability to solve binomial equations. We’ll lose our bearings altogether, in a fit of absence of mind.

In my recent book Fewer Better Things, I proposed a modest remedy: the concept of material intelligence. By this, I mean simply the aptitude to understand, and transform, the world around us. Artisans have material intelligence, obviously. But so do artists, engineers, scientists, even (in our way) museum curators. Indeed, one of the features that most attracts me to the idea is its generality. Material intelligence, as a basic attribute, links together people who might not ordinarily see themselves as connected.

Material intelligence is also a good lens through which to look at Adrian Sassoon’s storied London gallery, featured in the first edition of Sotheby’s Showroom | The London Edit. It gets us closer to the gallery’s essence, certainly, than describing it as simply a craft or fine art venue (though it is certainly both of those things). As the selection presented here attests, Sassoon’s program ranges widely in terms of materials – ceramics, glass, and metalwork paramount among them. He has also been ecumenical in accommodating new techniques, like digital fabrication technology (as seen in the work of Nico Conti and Michael Eden) and alternatives to traditional studio practice (like Felicity Aylieff’s collaborations with a “big ware” factory in China).

What really binds Sassoon’s various offerings together, then, is not any arbitrary category, but rather an intensive engagement in materiality as such, and an awareness of the evolving behavior of collectors. Here, we see object typologies as contexts for experimentation. Above all, we are invited to focus, and attend closely to the wonders that occur when skill meets stuff.

In this respect, the things offered here are far more than objets d’art. They outline a whole philosophy. Peer into the surfaces of these deeply considered artefacts – the aqueous, chased textures of Hiroshi Suzuki’s silver vessels; the mesmerising stratigraphies of Colin Reid’s glass; the lush overgrowth of Junko Mori’s metalwork; the bursting fecundity of Kate Malone’s ceramics – and you will see a total identification between maker and material, between past and present. Artisanal lineages of handed-down knowledge course through them. This is another advantage of thinking in terms of material intelligence: it helps us see objects like these as repositories of knowledge, accumulating over time, constantly being adapted and refined.

Elsewhere in our culture, it’s a good question whether material intelligence has declined, as the “attention economy” and its attendant distractions have increased. Take a stroll down Pimlico Road and you might well think so. This has been an epicentre for the antiques trade so long that it is doubly historical, a precious repository of precious repositories. Its shop windows, and indeed the offerings from Pimlico Road in the present sale, are a glorious sight but also a sobering one. For what, in our day and age, could possibly match the sheer variety, depth and consummate confidence of historic craftsmanship? On this evidence, you might think material intelligence is something like an endangered species – the Galapagos Penguin of human faculties. 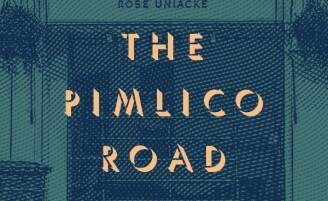 But I actually think not. Just look around, and you’ll notice how much control we have over our physical surroundings; perhaps too much, indeed, as climate change is beginning to make clear. What you can see at Pimlico Road is indeed superlative, in a way most of us have lost touch with. But the nostalgic notion that folks back in the day knew how to make stuff, and we don’t anymore, obviously isn’t quite right.

"…another advantage of thinking in terms of material intelligence: it helps us see objects like these as repositories of knowledge, accumulating over time, constantly being adapted and refined."

We’ve made the space shuttle and the CERN supercollider. If we have a problem, it is over-specialisation. These days, material intelligence is in plentiful supply, but it tends to run deep and narrow. Many people in many different walks of life have it, but they don’t necessarily take a holistic or creative view, because their professions don’t encourage that.

Now, specialisation is a necessary feature of material intelligence. Each of us have only so many years on this earth, and to truly master a discipline takes up a good many of them. The trick is to see our investment in such knowledge as opening up a window, rather than closing the shutters. This is where the artistic application of material intelligence, which we see so richly in the objects here, as so usefully enlightening.

Even the most historically informed of them – say, Hitomi Hisono’s A Pine Tree Vase, which refers not only to the tradition of hand-carved porcelain but also to Asian ink painting – is not simply a bulwark against an inevitable wave of change. (A charge often levelled against traditional craft.) It’s not that kind of holding action. Rather, it shows how attention itself can be cradled in the hands and the eyes, so that creativity is allowed to flourish.

There’s an excellent fable, memorably set into poetry by Jean de La Fontaine in the seventeenth century. (And, to be fair to contemporary technology, I got this online, not from one of my eighth-grade teachers). It tells of a mighty oak and a slender reed, both on the bank of a river. The oak condescends to the reed, noting how it bends feebly under the slightest weight, even that of a little wren. But then a great wind comes from the north.

It uproots the oak, but not the reed, which bends but does not break. Moral of the story: there are many kinds of material intelligence. Science and technology, so deeply rooted, so massively deployed, seem to have by far the greater strength. But as the year 2020 has shown us, even the most impressive systems may be more fragile than they seem. And individual adaptability – just the kind of invention shown by artists and artisans – may be our best way to hold on tight. 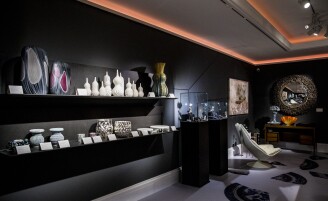