By Halina Loft
On 19 July, Sotheby's will host Omega Speedmaster: To the Moon and Back, Celebrating 50 years since Apollo 11 . The sale features a remarkable selection of Omega Speedmaster wristwatches, including two Reference 2915-1s and an Alaska III Prototype. These are the watches preferred by NASA, and the first wristwatch to land on the moon.

A s NASA prepared to send the first American astronauts into outer space, time keeping became a crucial consideration. Missions are carefully planned down to the second; a broken watch wouldn't just be a nuisance, it could prove disastrous. In 1962, a group of astronauts including Walter "Wally" Schirra and Leroy Gordon "Gordo" Cooper requested from a provision of wristwatches to be used as backup timers, but NASA didn't deem it necessary to designate an official chronograph for the crew.

So instead, the men made it their personal mission to find the right watch for the job: the second generation Omega Speedmaster model with reference CK2998. The first Speedmaster in space was astronaut Walter "Wally" Schirra's own CK2998, worn during the Mercury-Atlas 8 (Sigma 7) mission.

The rest is history. After a series of tests to find a watch that could withstand significant force and extreme temperatures, NASA adopted the Omega Speedmaster as the official wristwatch of the astronauts. On July of 1969, when Buzz Aldrin stepped off of the Apollo 11 spacecraft onto the surface of the moon, a Speedmaster Professional was wrapped around the wrist of his spacesuit.

On 19 July, Sotheby's is pleased to commemorate the 50th anniversary of the first Moon landing with a carefully curated sale of incredible Speedmasters, entitled Omega Speedmaster: To the Moon and Back, Celebrating 50 years since Apollo 11. Take a look at some of the most iconic sports watches in history, paired with quotes from the astronauts who relied on the Omega Speedmaster to stay grounded, even as they were far from home.

"Feeling weightless... it's so many things together. A feeling of pride, of healthy solitude, of dignified freedom from everything that's dirty, sticky. You feel exquisitely comfortable... and you feel you have so much energy, such an urge to do things, such an ability to do things."

“What I want to remember most is the glance between Neil and myself, with the engine shutoff, just that second after we touched down, because we had just completed the most critical door opening for space exploration in all of humanity.”

"It suddenly struck me that that tiny pea, pretty and blue, was the Earth. I put up my thumb and shut one eye, and my thumb blotted out the planet Earth. I didn't feel like a giant. I felt very, very small."

"I have the normal desire, experienced by everybody who's ever flown an airplane with a certain amount of zoom capability, to go a little bit higher and a little bit faster."

"Don’t be one of those souls who says, ‘If only I had my life to live over.’ Live your life in such a way that once is enough."

"So I just let go with one hand, and just sort of swung around, looked at the Earth below and the black space above and the sun over my shoulder. And, I mean, it was this incredible, spectacular view."

"The conquest of space is worth the risk of life." 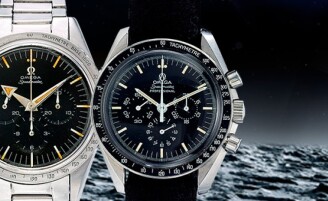