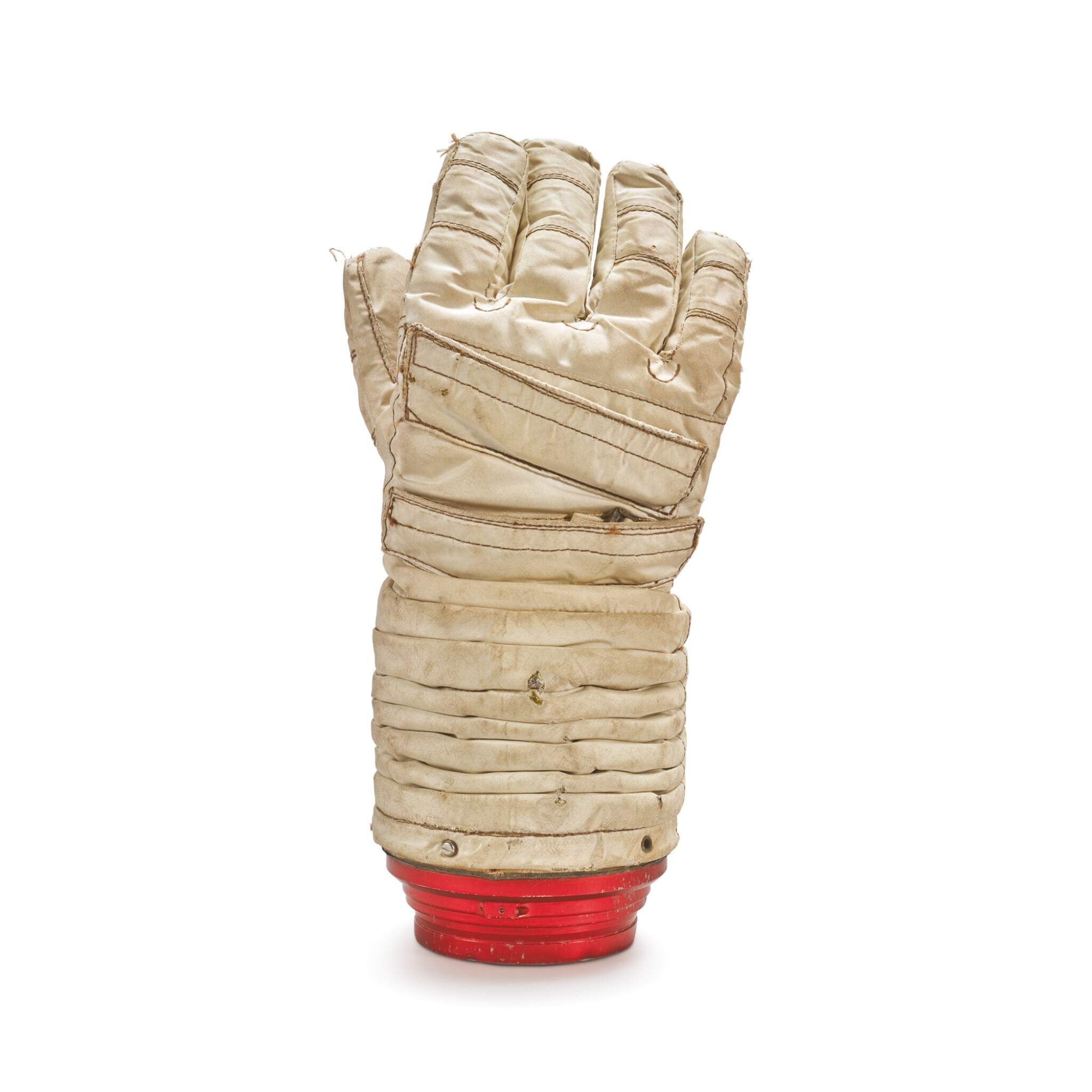 A VERY RARE PROTOTYPE FOR THE APOLLO ADVANCED EXTRA VEHICULAR SPACESUIT. Intended as an alternate EVA suit for the Apollo 15-17 missions, it was ultimately not used. The Smithsonian has only two suits identified as the S-1026 model, which they refer to as a "mystery" suits; they note that theirs is not intended for use outside of the spacecraft, as it does not have the hook-ups for a Portable Life Support System, indicating that their example is a suit made for a Command Module Pilot, whereas the present glove was intended to be used by a Mission Commander of Lunar Module Pilot, who would have both ventures outside of the spacecraft on an EVA.