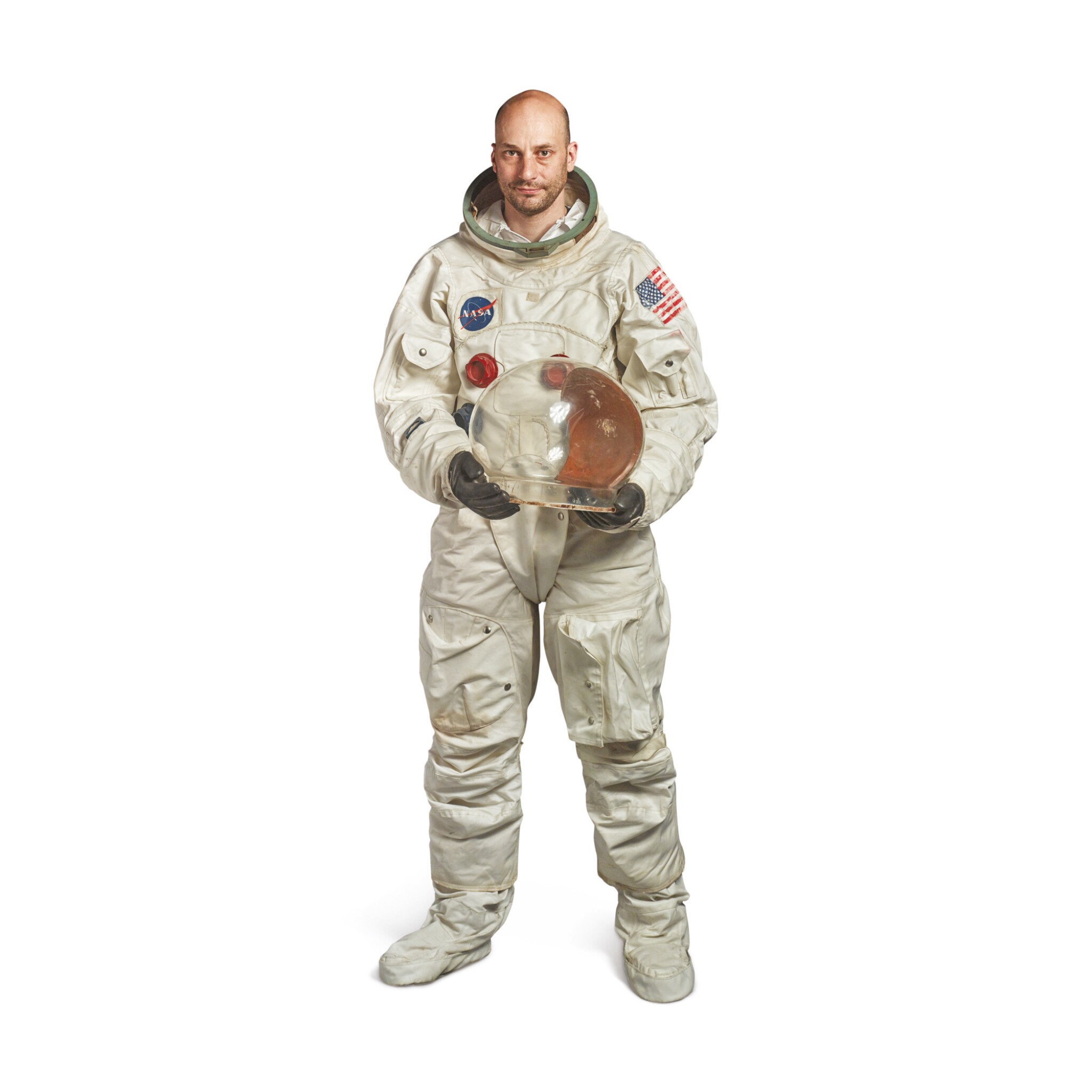 AN EXCELLENT MOCK-UP OF THE A7L SPACESUIT, THE SUIT USED TO WALK ON THE MOON DURING THE APOLLO 11 MISSION, MADE TO BE DISPLAYED AT THE KENNEDY SPACE CENTER, LIKELY BY ILC DOVER, THE MANUFACTURER OF THE ACTUAL SPACESUITS

The International Latex Corporation, later known as ILC Dover, has been the designer and producer of the space suit pressure garment for NASA since the beginning of the Apollo program. They developed the first highly mobile space suit, the A7L, which made it possible for the astronauts to walk on the Moon; in fact, every American astronaut to go into space since the Apollo program did so in an ILC Dover suit. Each full suit took about 5,000 hours to complete, and cost approximately $1,000,000 to produce. The suits were tailor-made for the astronauts, and underwent rigorous testing and painstaking study to get just right.

For two excellent histories of spacesuit development, and in particular the development of the A7L, see Monchaux, Spacesuit: Fashioning Apollo and Young, Spacesuits: The Smithsonian National Air and Space Museum Collection.