U ntil recently the painter Celia Paul was perhaps better known for her relationship with one of the greatest artists of modern history, Lucian Freud, but then in 2016 the Tate’s All Too Human exhibition shone a much-needed light on to her work, positioning her amongst the great canons of Modern British art including painters such as Frank Auerbach, Leon Kossoff, Paul Rego and of course Freud.

The parallels between Freud and Paul are deeply interwoven having met whilst Paul was a student at the Slade School of Art in the late 1970s. The pair began a relationship which bore not only a son for Paul but some of the most compelling portraits of Freud’s career, including Girl in a Striped Nightshirt (1983-5, Tate, London). It was with Freud that Paul stumbled across her London home and studio in 1982 – a flat overlooking the London landmark of the British Museum, which remains her home to this day. As journalist Tim Adams commented in an interview with the artist last year ‘The windows of her studio and bedroom look down on the courtyard and facade of the British Museum. All the world and its history, in every available London light, is just across the street.’

Alongside her captivating portraits, the British Museum forms a reoccurring aspect of the artist’s oeuvre. With its grand Greek-revival columns, and sweeping forecourt, usually awash with tourists and museum-goers the building is one of the capital’s most recognizable landmarks. One of the largest depictions of the museum Paul has executed, The British Museum (1996) formed the artist’s entrance to the prestigious Jerwood Painting Prize in 1997, which that year was won by the artist Gary Hume. Having been purchased the year before a private collector, for many years the work has been on long-term loan to Abbot Hall Art Gallery in Kendal, where it hung next to works by Freud.

Now in her 60s Paul’s work is achieving the recognition that it so duly deserves, with works held in public collections across the globe. And whilst Paul nay never mange to shake her Freud connection, her paintings – whether delicate portraits or bold depictions of the British Museum – set her firmly on par with those that have come before her and position her work within the great history of British painting. 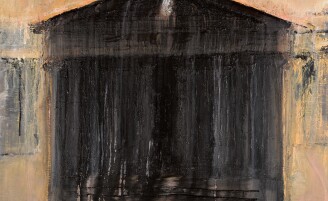 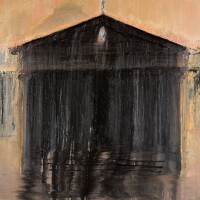 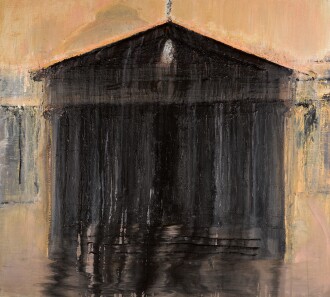