B rora, much like Port Ellen, is a distillery whose whiskies are now some of the most desirable in the world. Both Brora and Port Ellen closed in 1983 towards the end of the early 1980s’ economic recession and have stood silent for nearly 30 years. There are still some Brora casks maturing in warehouses, taking on colour and character year on year, while those whiskies that have already been bottled become rarer and rarer.

The value of any whisky is defined by collectors’ desire and competition for them. Whiskies from all closed distilleries have seen big spikes in value in recent years, but none so profoundly as Brora and Port Ellen. A full set of Brora’s Annual Releases was sold at Sotheby’s during 2019’s The Ultimate Whisky Collection auction for no less than £30,219, showing that the thirst for this rare whisky has not yet been quenched. 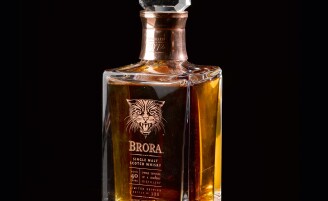 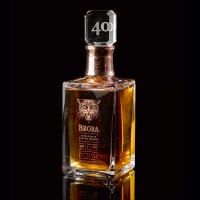 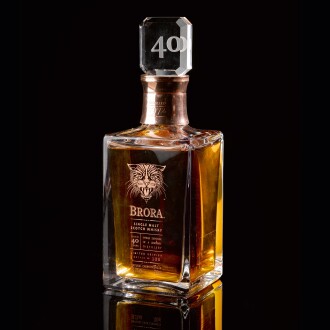 While I had come across many Brora bottlings over the years, it wasn’t until 2017 that I was lucky enough to taste a drop of my own. In a specialist whisky bar in Singapore, I ordered both a Port Ellen and a Brora side by side: both independent bottles, heavily peated with bourbon maturation, warming and smoky. As I sat with the two whiskies, I barely dared to take a sip, knowing I had in front of me a piece of history that once consumed couldn’t be reproduced. Three days later, Diageo announced Brora’s return to production.

The announcement was met with a buzz. On the one hand there was intrigue over what the refurbed distillery would look like, what the style of malt would be and at what age will we see the first bottling. On the other hand, some wondered whether the reopening of the distillery would negate the value of existing bottles in their capacity as relics of the past. Since the announcement I have only seen the secondary market value of Brora bottlings increase. The reopening has drawn a line in the sand between the new age of Brora and the existing bottles and casks of a bygone era. One represents the meticulous reproduction of a single malt, something that Diageo is using all their craft, skill and knowledge for, and the other the ever-depleting stocks of the past, which are now becoming more sought after.

As Diageo announced the release of last year’s 200th Anniversary Brora, a 40-Year-Old bottling from 1979, we at Sotheby’s were preparing for the auction of The Ultimate Whisky Collection, which featured a previously released 40-year-old malt from Brora, this one a 1972 Crystal Decanter. Brora’s impending reopening in the autumn had clearly lit a fire under the bidders, who fought tooth and nail over this decanter to reach a price of £54,450, the highest price ever achieved for a bottle of Brora; defining this bottle as one of the world’s most collectible whiskies. We hope to continue this success when we offer two bottles of Brora Rare Malts in our 18 March auction this year, and I am intrigued to see what the future holds for this storied distillery. 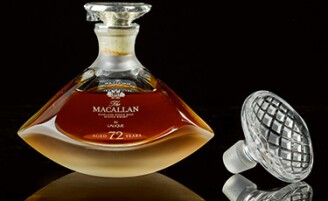