Awakening the Passion for Antique Jewellery

By Divia Harilela
In light of an extraordinary antique jewellery exhibition that just opened in China, Sotheby's David Bennett and Daniela Mascetti discuss the world of historic jewels with Divia Harilela, including ways for newer collectors to appreciate and understand jewellery as art.

L ast month saw the debut of Awaken: Royal Jewellery Arts from Renaissance to the 20th Century, a pioneering exhibition featuring over 200 historic jewels spanning over four centuries. It’s an important milestone for several reasons. It’s the first exhibition of its kind in China and uncovers rare treasures that have never been seen before in public. More interestingly, it highlights the exciting world of antique jewellery, which is quickly becoming popular with collectors across the globe.

Antique jewellery is often confused with vintage, but according to experts the two categories couldn’t be more different. David Bennett, Worldwide Chairman of Sotheby's Jewellery Division, explained the distinction in a discussion on appreciating jewellery.

“Antique jewellery is defined as anything that is 100 years old or older,” Bennet said. “Vintage, to me, is anything that has re-emerged as fashionable or collectible after a certain period.”

“I’d also like to add a caveat,” said Daniela Mascetti, Sotheby’s Chairman of Jewellery Europe. Together with Bennett, Mascetti co-authored the bestselling reference book, Understanding Jewellery. “The term ‘antique’ is fluid, because what is considered antique today was made in 1919. That wasn’t the case when I started in the industry 40 years ago. There are no strict guidelines because as time moves on, more pieces become antiques.”

Jewels, antique or otherwise, have played a special role in civilisations for centuries. Most were originally created to adorn the body and designed to convey a person’s wealth, status or power. While this still holds true in modern times, antique creations have become alluring to collectors due to several factors.

“For years antique jewellery was unexplored, but that’s changed thanks to awareness and education, especially since the high-profile sale of the Duchess of Windsor’s jewels in 1987,” Bennett said. “The great jewels of 19th century provide insight into the glamourous noble or royal families of the past as well as society during that time. It’s now become a recognised collector’s field.”

“The public has also started to appreciate jewels as a form of art,” Mascetti said. “[In the past,] Art Deco jewels were often dismantled in order to reuse the diamonds, but that would never happen today. So many of these creations are mini works of art. In fact, during the Renaissance period, many jewellery makers were artists who covered various disciplines such as painting or sculpting, so they are true works of art.”

The financial dynamics surrounding jewellery in the 19th century also present a stark contrast to modern times. In the past, pieces were created for a purpose. Every time a wealthy lady would have a dress made, she would also commission a new piece of jewellery to complement the new fashion. Due to the scarcity of materials, the gold from existing jewels were melted and reworked into updated pieces. As styles continuously changed, jewellers remained busy.

“Even if you were extremely wealthy, you had to unmount and reset the stones into more fashionable jewels simply because the materials were not available, “ Mascetti said. “The concept of collecting jewels didn’t exist back then. The wealthy collected paintings instead. Jewels were mostly for ornamentation. Women wanted jewels that were extremely fashionable and recognisable, but that were created for you and you alone.”

The value of an antique jewel is determined based on several considerations. Market trends always play a role, as certain periods tend to be more popular than others. Such is the case with Art Deco, which collectors tend to favour over the slightly earlier Art Noveau period, mainly because the later style encompasses a highly creative period which offers a large breadth of work to choose from.

“Jewels became a reflection of what happened in the arts and cultural world. That makes them so intriguing.”

Mascetti has observed the re-emergence of 19th century Renaissance Revival Jewellery. A recent sale in New York recorded sky-high prices that hadn’t been seen since the second half of the 1980s.

“The 19th century had such a variety of different styles and inspiration," according to Mascetti. "It’s much wider than 20th century when people followed one fashion. The 19th century opened with revival of Egyptian jewels in 1800s and moved to the naturalistic inspiration with the 1820s and 1830s.”

An antique jewel’s value can also be determined by a combination of workmanship, successful design and provenance. The latter is becoming more important for collectors, despite the fact it is the most difficult element to value. Mascetti highlights a pearl drop pendant that once belonged to Marie Antoinette and was sold at a 2018 Sotheby's auction in Geneva. It was valued between one million to two million dollars but far exceeded the estimate due to its provenance, selling for more than US$36 million.

“Buyers will appreciate different aspects more than others,” Bennett said. “I always stress that the most important thing when you are entering this field is to get good advice on how to build a good collection, and what pitfalls to avoid.”

While there are no set guidelines to follow, according to Bennett there are a few areas collectors should understand and be aware of before investing in antique pieces. Among them is the topic of authentic signatures or signed pieces. Examining the jewel is also of paramount importance, and recognising the cut of the diamond that would be accurate to the period. Even the jewellery case itself, if included, should be considered.

Although there are many thorny issues to take into account, the effort devoted into studying the intricacies of antique jewellery can be a reward onto itself. As with anything, it takes time to learn and appreciate the beauty of an antique piece. However once you do, chances are you will be hooked.

“The idea of having a piece no one else possesses has become core motivation for antique jewellery collectors. The period is so rich in possibilities making it a dream for any collector.”

Awaken: Selected Highlights From the Exhibition

In recent decades, jewellery has garnered increasing appreciation as works of art, throughout the world including China. With 200 historic jewels on exhibit, Awaken: Royal Jewellery Arts from Renaissance to the 20th Century will be a dazzling trove of new discoveries for the budding jewellery enthusiast. Click below for just several of the extraordinary works on display in the exhibition. 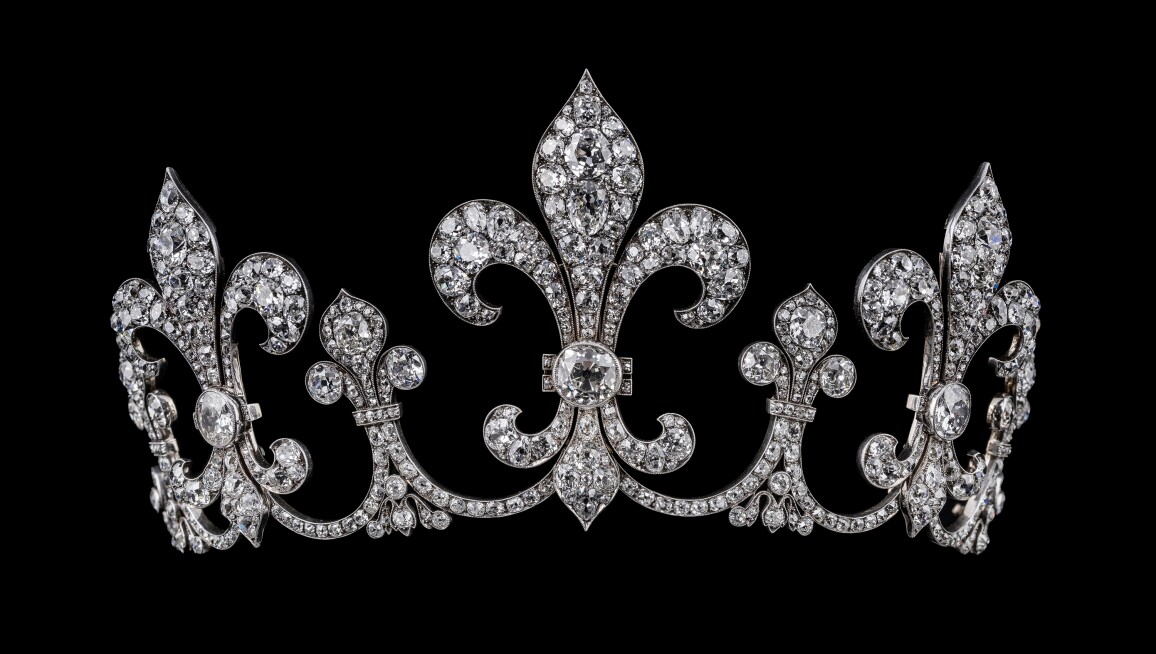 
To learn more about historic jewels, hear Sotheby's David Bennett and Daniela Mascetti, explain what inspires collectors, the development of this art form, and the ways antique jewellery can transport us into important moments of history.