An Iconic Sculpture of Eros Comes to Auction

O nly a Victorian would erect a figure of the Greek god of desire on a street corner. Sir Alfred Gilbert’s figure of – supposedly – Eros, which stands at the heart of London’s bustling Piccadilly Circus, is now one of the most famous – and selfie’d – landmarks in the capital. But in 1893, when it was commissioned to memorialize the 7th Earl of Shaftesbury, it was something of a scandal.

As a rare modern cast is offered at Sotheby’s London – from a limited edition of ten created in 1987 from Gilbert’s original plaster model – the storied life of this iconic sculpture demands retelling. Eros, and his Roman counterpart Cupid, has been a muse since classical times. He was a subject for Greek red-figure pottery and Roman bronzes. Later, Canova immortalized him in marble; Burne-Jones painted him in a Pre-Raphaelite light; and Picasso portrayed him alongside musketeers.

The twist regarding Gilbert’s sculpture is that the naked, winged, bow-wielding boy is not Eros at all but rather Anteros, the god of love returned – or requited love. This was a reference to the Earl of Shaftesbury’s standing as a social reformer, a man who campaigned for child labor reforms and improved conditions in factories, schools and hospitals. However, the erroneous title of Eros stuck.

Gilbert wasn’t interested in sculpting what he called a “coat-and-trousers” effigy of the Earl. “I prefer something that will symbolize his life’s work,” he said, “rather than the glorification of the tailor.” Within hours of the commission he had completed a clay maquette of the work. Nine months later the sculpture was finished.

What should have been a triumph for Gilbert became something of an albatross. He was paid £3,000 for the work, but due to rocketing copper prices it cost him £7,000 to cast. The memorial committee clashed with the artist over the design and critics described it as “a decided nuisance” to passers-by who were sprayed by its fountain. Others simply thought it lewd.

But, perched above theater-land, Eros has proved as resilient as the man it memorializes. Over the years it has been moved several times due to changing traffic systems, survived vandals and New Year revelers and been encased in a giant snow globe.

Gilbert lived to see Londoners take the sculpture to its heart. In later life he told his biographer an impossibly romantic story of visiting the work. Stooping to examine its base he was interrupted by a tradesman.

“What you’re a doin?” asked the man. “I’ve watched you nozing abaht.”

“I ahsk yer pardon, Guvnor. I only spoke because I didn’t want nothing to ‘appen to our Fountain.” 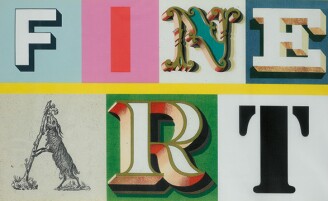