A Warhol Image Resonates on the 50th Anniversary of the Moonwalk

A s the world prepares to celebrate the 50th anniversary of the first moonwalk on 20 July 1969, that watershed moment has come into focus as one of the defining moments of the modern era, a symbol of progress, ingenuity and human endeavor. It was an image that captured the world’s imagination. Ever adept at reflecting key points in American culture, Andy Warhol turned his attention to that momentous event almost two decades later. Executed in 1987, Warhol’s Moonwalk prints were among the last works that the artist executed before his untimely death.

The Moonwalk prints were to be part of a portfolio entitled TV that would depict important images from the history of television in America, including I Love Lucy, Martin Luther King Jr.’s “I Have a Dream” speech and the Beatles’ first appearance on the Ed Sullivan Show. Moonwalk was the only composition from the series that was printed. 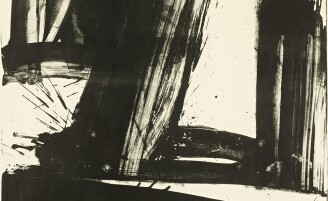