A Modernist Life: Property from the Estate of Katherine Stillman

The narrative of the Stillman family's collection wonderfully epitomizes the history and influence of American Modernism in the mid-20th century and its lasting impact for their children and for American art. The Stillman's collection of Calder’s work is a fascinating extension of the family’s close personal friendship with architect Marcel Breuer, a Bauhaus veteran and future architect of the Whitney Museum of American Art in New York, and Sotheby’s is honored to celebrate the lifestyle and inspired vision of the Stillman collection—one that enriched the aesthetic landscape and impacted the cultural heritage of Litchfield, Connecticut for years to come.

Having seen a Breuer home in the garden at the Museum of Modern Art in 1950, Rufus and Leslie Stillman immediately commissioned their first home to be designed by Breuer, which was followed by two other homes in Litchfield over the coming decades. The construction of the Stillman home also triggered a whole generation of modernist homes to be built in Litchfield, attracting other leading Modernist architects such as Richard Neutra, John Johansen, and Edward Durell Stone to the area. The Stillmans filled their 1950s Breuer home with furniture by Saarinen and Eames, and art by their Roxbury neighbor and friend, Alexander Calder, including a spectacular commissioned mural upon the freestanding wall at the poolside.

Calder had a close relationship with the Stillmans; one of the works offered in our upcoming November Modern Day Auction, a small-scale standing mobile titled Saché to Kathe, was in fact a gift of the artist to Katherine Stillman in October of 1961. The petite standing mobile encapsulates the distinctive methodology of Calder's practice, embodying balance and imbalance, movement and stasis, form and flux. The collection also boast three hypnotizing sets of earrings and a brooch, exceptional examples of Calder's distinctive jewelry, which capture the artist's sense of aesthetic audacity and transcends categories as wearable works of art. Evident in his jewelry as in his sculptures, Calder had an insatiable impulse to create; he was an inveterate and incurable tinkerer, never happier than with tools and material at hand. In turn, the Stillmans had an insatiable impulse to surround themselves by both art and design that reflected their Modernist sentiments, which were indubitably influenced by the art of Alexander Calder.

The Stillman’s iconic home was only enhanced by the artworks that it held, and Sotheby’s is proud to be offering a spectacular hanging mobile, a charming standing mobile, a vibrant gouache, and four mesmerizing pieces of jewelry by Alexander Calder from their esteemed collection in our November Modern Day Auction. The dynamic, personal history of the Stillman family and their artistically inspired life lends an incredible narrative to these artworks; they demonstrate the relationship between a cherished family history marked by their close ties with visionary Modernists of their time.

A Modernist Life: Property from the Estate of Katherine Stillman 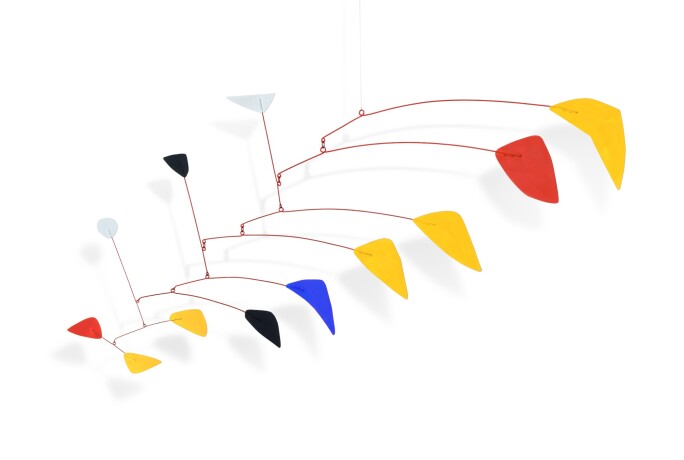 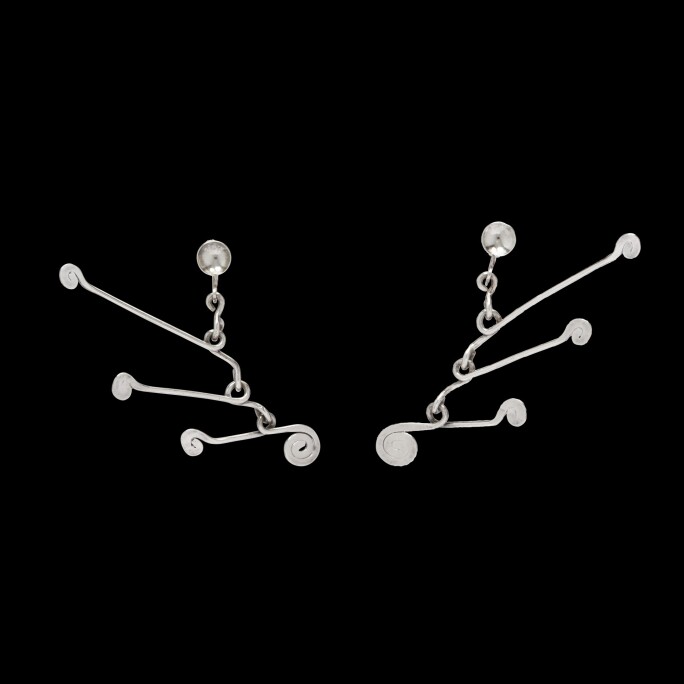 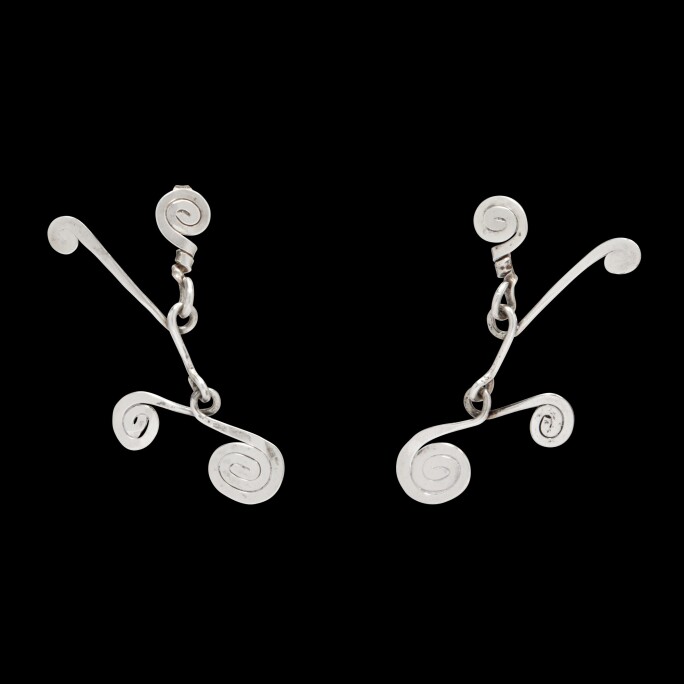 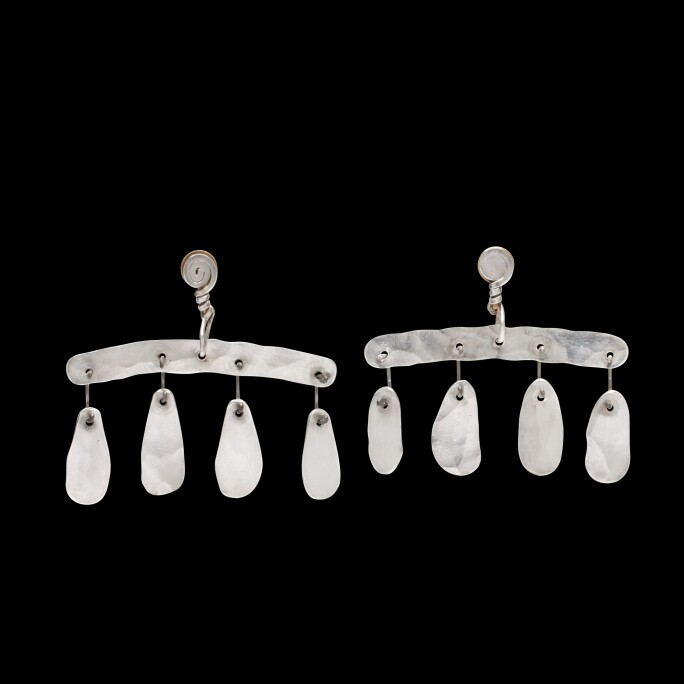 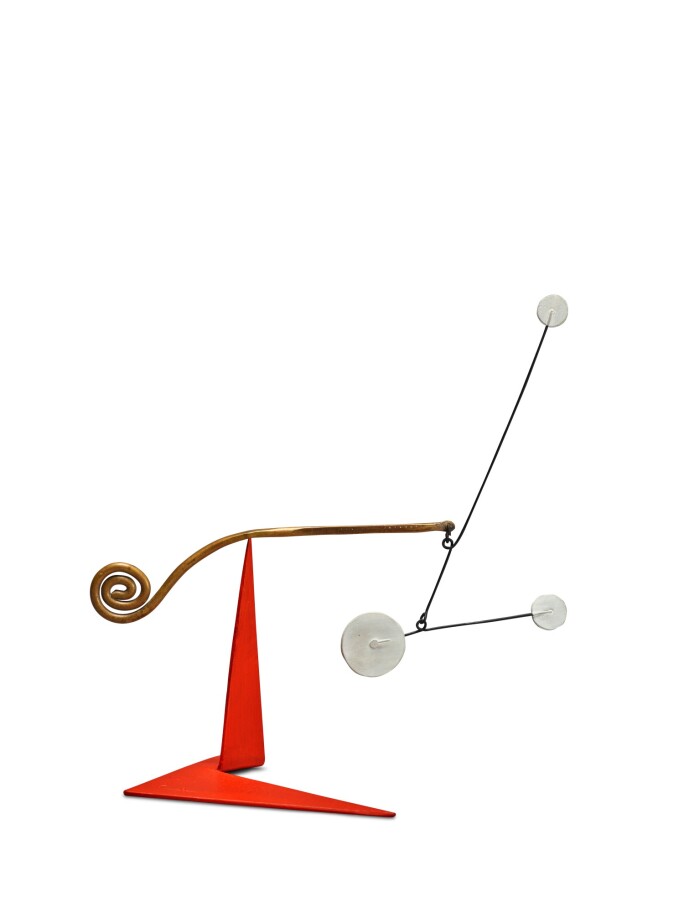 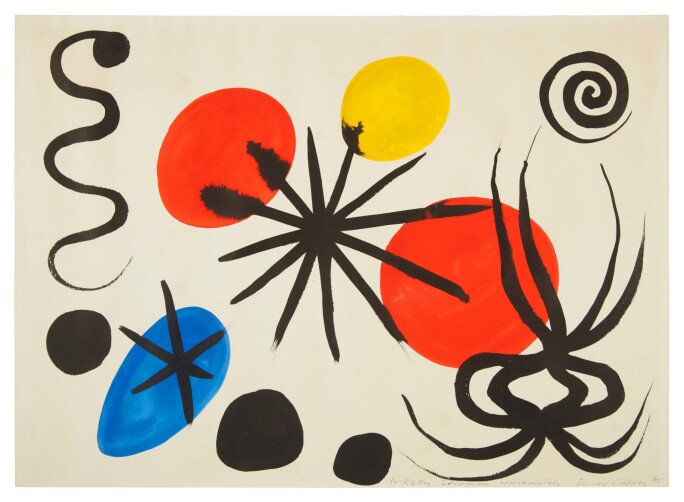