Wine bottle sizes, or “formats” as they are known, can be confusing so we have put together this quick guide.

The keystone of all wine production, the standard bottle size is 75cl, equivalent to six glasses of wine (or four for us!). Twelve bottles usually make up a case, although six-bottle cases are becoming more common as demand increases and Bordeaux châteaux spread their customer allocations.

Half bottles, measuring 375ml, are handy for the impatient among us because the tannins soften more rapidly and allow us to broach a Bordeaux a few years before the recommended drinking window.  They are also the favoured format for dessert wines like Sauternes, which are generally served in smaller glasses.

At 1.5 litres, magnums are twice the standard bottle size. Wine lovers are particularly fond of magnums as they are considered the ideal format for ageing and, according to Master of Wine Serena Sutcliffe, are perfect for sharing “à deux”!

4. The Double Magnum and Jeroboam

Double magnums are equivalent to two magnums – except in Burgundy and Champagne where the 3-litre format is known as a Jeroboam.  A Jeroboam of Champagne is the quintessential celebration bottle and rarely seen at auction because most are drunk!  The Jeroboam bottle size in Bordeaux is interesting because it contains 5 litres and, up to 1978, most were (only) 4.5 litres.

5. The Imperial and Methuselah

Like the 3-litre size, the 6-litre goes by two different names: Imperial in Bordeaux and Methuselah in Burgundy and Champagne. The Methuselah is the largest format available for Burgundy wines. The sheer mass of wine in this bottle size keeps it virtually frozen in time, as the surface area to volume ratio is much lower, slowing down the ageing process. They are also made in limited numbers and command high prices due to their scarcity.

In Bordeaux and Champagne, even larger sizes exist and these are named after Biblical kings – so we have Salmanazar (9 litres), Balthazar (12 litres), Nebuchadnezzar (15 litres) and the most majestic of all, the 18-litre Melchior, equivalent to 24 standard bottles of wine.

One of the largest bottles ever produced held 130 litres and stood 1.38 metres tall. You could pour 1,200 glasses from it, although you would need to be strong as it weighed 68 kg empty! Nicknamed ‘Maximus’, it was auctioned for charity by Sotheby’s New York in 2004. 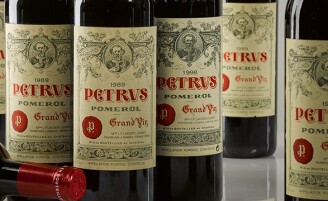 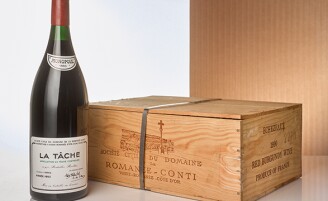