3 Women Artists Who Broke Boundaries During the 19th Century

By Sotheby's
As part of Masters Week 2019 , Sotheby's is spotlighting major paintings, drawings and sculpture created by leading female artists from the 16th through the 19th centuries in The Female Triumphant . Ahead, discover more about how Rosa Bonheur, Elizabeth Jane Gardner Bouguereau and Virgine Demont-Breton helped pave the way for all artists today. 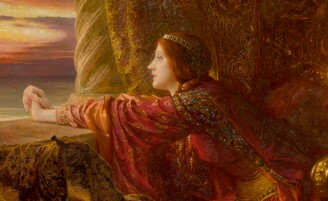 I n 1881 Hélène Bertaux gave the inaugural address for her groundbreaking Union des Femmes Peintres et Sculptures in Paris: “The woman artist is an ignored, little understood force, delayed in its rise! A social prejudice of sort weighs upon her; and yet every year, the number of women who dedicate themselves to art is swelling with fearsome speed.”1

Bertaux’s bracing speech was delivered at a pivotal time in the center of the art world. In the late nineteenth century, Paris invited innovation, experimentation and boundary breaking, yet the advancements made by women artists in the public sphere were met with challenges. Women were not allowed entrance into the government sponsored (and tuition free) training of the École des Beaux-Arts until 1897, and while their numbers increased at the Salon, there was suspicion from their male counterparts that inclusion would only limit their own chances of recognition. While women had painted for centuries, in the mid-to-late nineteenth century their talents were too often relegated to domestic or decorative arts and their work belittled in comparison to that of their male peers.

Thanks to irrefutable talent and perseverance, women certainly found success, as illustrated in the vital careers of the artists highlighted in Sotheby's 19th Century European Art auction. After achieving international fame and accolades, Rosa Bonheur became the first woman named Chevalier of the Légion d’honneur in 1865; Elizabeth Gardner was the first American woman to exhibit and to win a gold medal at the Paris Salon; and Virgine Demont-Breton regularly won medals and accolades at the Salon and internationally, and revolutionized the field for women artists as the president of the Union des Femmes Peintres et Sculptures. Such accomplishments were even more powerful as each of them had to navigate a system frequently designed to reduce their ambition. Whether working within the establishment or forging entirely new pathways, their resilience continues to benefit all artists and audiences more than a century later. 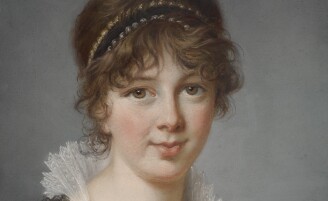 Sotheby’s Magazine
The Women Who Dared to Paint

Rosa Bonheur remains today the most famous woman artist of the nineteenth century. A precocious talent from a young age, Bonheur and her siblings were trained by her father Raymond in the style of a Renaissance workshop. Beyond artistic instruction, Bonheur was also deeply influenced by her father’s beliefs as a Saint-Simonian and its socialist, utopic vision of a new world order where women would have an important role in reshaping society in peace and equality. As Bonheur remembered of her father "to his doctrines I owe my great and glorious ambition for the sex to which I proudly belong and whose independence I shall defend until my dying day" (Anna Klumpke, Rosa Bonheur, sa vie, son oeuvre, Paris, 1908, p. 311, as quoted in Brian C. Dwyer, "Rosa Bonheur and Her Companion-Artist: What Made Anne Klumpke Special?" Rosa Bonheur, All Nature’s Children, exh. cat., 1998, p. 65).

At the same time while her father was away in a pseodomonastic fellowship at Ménilmontant, a commune in northeastern Paris, Bonheur’s mother Sophie was left to take care of the children and support them which enforced Rosa’s view of women’s independence (Dwyer, p. 64-5). Indeed, throughout her early career, from copying the masters in the Louvre at the age of fourteen, to studying animals from life in the slaughterhouses of Paris, Bonheur refused to be restricted by contemporary gender codes, and focused on her personal path through the cultural institutions of the era.

Bonheur first exhibited at the Salon in 1841, at only nineteen. Le labourage followed at the Salon of 1845, where she earned a third place medal. With characteristically meticulous craftsmanship and photographic realism, Bonheur’s Le labourage records the steady pull of the plow by two horses. This scene of agricultural labor was part of a contemporary trend celebrating rural traditions and honoring the peasant. From the beginning of her career, masterful compositions like Le Labourage, followed by Labourage nivernais (Musée d’Orsay, Paris), and other masterpieces like The Horse Fair (1852-55, The Metropolitan Museum of Art, New York), helped define the artist’s sense of self and a new dimension of the woman artist, one which had a lasting impact on generations to follow.

Elizabeth Jane Gardner Bouguereau was one of the most accomplished Salon artists among expatriates in mid-nineteenth century Paris. From 1868-1914, she exhibited a total of 36 paintings, more than any other foreign or American female artist. In 1887 she had the distinction of becoming the only American woman to receive a Salon medal.

There are two works entitled Les trois amis by the American expatriate artist Elizabeth Jane Gardner. One is an early piece, submitted to the 1868 Paris Salon, depicting a young girl with a bird and a dog. The other, the present work, was finished in 1893, when the artist was at the height of her professional and artistic accomplishments. Arcadian scenes like this one, depicting peasantry in mid-nineteenth century costume, were very popular among wealthy American and European collectors, who by 1893 were placing orders for Gardner’s work before they left her easel. Indeed, her fame and financial success inspired many other women artists who came to Paris with similar aspirations.

In addition, Gardner’s personal and professional attachment to her husband William Bouguereau was instrumental in establishing her style and in marketing her work through their shared dealers. Gardner employed similar technique to Bouguereau’s in terms of brush stroke, line, glazes, colors and the framing of her subjects, raising humble figures to monumental status. Like her mentor, great attention was paid to the rendering of feet and hands, as their peasants were most often depicted barefoot, in an idealized pose and setting.

Gardner chose to compete in the male-dominated domain of figure painting rather than more traditional female genres. Women and children were the core focus of her figural groupings, as they are in La captive, exhibited at the Salon of 1893 (no. 997). William Bouguereau, who Gardner would marry in 1896, called Arcadian works, such as La captive, "les fantasies," and encouraged her to paint them. Anecdotal paintings, such as the present work, allowed Gardner to showcase her exceptional skills at painting the figure in a variety of settings, each with their own story line. The artist was a bird lover and kept parrots, doves and other species in her studio cages, while a number of local birds flocked to her windows for daily feedings, and they feature in a number of her compositions like La captive. With this work, Gardner acknowledges the viewer’s understanding of the white dove’s many symbolic attributes such as peace, love, purity, nobility and freedom. While the painting’s title underlines a more traditional reading of the narrative, at the same time the dove’s uncertain release from its cage may also allude to the loss of innocence or the status of contemporary women in a time of transition.

Virginie Demont-Breton had an artistic upbringing and cultivated her talent from an early age. Her father, painter Jules Breton, introduced her to the famed animalier Rosa Bonheur, who became a mentor, role model, and artistic ally. She received an ‘Honorable Mention’ when she exhibited at the Salon for the first time in 1880, won medals for her 1881 submission, the present work, and La Plage (1883, location unknown), and a gold medal at the Exposition Universelle of 1889. In 1894, Demont-Breton was the second woman in France to be awarded the Légion d’honneur, the first being Bonheur. Demont-Breton enjoyed international success during her lifetime, exhibiting at the Salon and other European exhibitions, and having her work represented by the powerful dealers Knoedler and Goupil, who provided her with access to the American art market.

Winning the artist her first medal at the Salon of 1881, Femme de pêcheur venant de baigner ses enfants is Virginie Demont-Breton’s earliest masterpiece, propelling her distinguished career as a painter and as an intrepid, pioneering advocate for women artists.

Just as her father immortalized the agrarian traditions of field workers in rural Courrières, Demont-Breton was fascinated by the sea and found inspiration in the everyday lives of fishermen and their families. Beginning in 1880, she regularly travelled to the seaside hamlet of Wissant, near Calais, where the local villagers and constantly unfolding dramas of maritime life provided her with endless subject matter. Often painting en plein air while standing knee-deep in the surf, the sea and its distant horizon became her stage of choice.

Conceived in an oil sketch in 1880, Femme de pêcheur venant de baigner ses enfants presents a heroic view of a fisherman’s wife, emerging from the sea after bathing her children. Although she spent much of her life in a rural community outside of Paris, Demont-Breton was not a withdrawn artist working in isolation. Instead, she was an outspoken advocate for the rights of female artists at a time when the establishment was hostile towards them, engaging in political discourse and activism. She was the president of the Union des Femmes Peintres et Sculpteurs from, and 1895-1901. She fought for the École des Beaux-Arts in Paris to open to women, and won in 1897, granting women the right to study in the Academic setting and granting access to artistic tools, such as life models, previously unavailable.

Demont-Breton began work on Fillette à la guirlande de fleurs des champs in February 1892, and in June of that year Knoedler purchased the painting and likely brought it back to New York. This work depicts a young shepherdess taking respite from her work by making flower garlands. The setting is the village of Wissant, a rural seaside community which drew many artists at the turn of the century. Though a young peasant girl's day would have been made up of work in the field, Demont-Breton has instead chosen to focus on a sweet, restful moment in verdant fields, with the Mont de Couple visible in the background, far from the rapid modernization and industrial advances of the urban centers of France in the late nineteenth century.