W hen perusing the fabulous array of collections comprising Sotheby’s 9 September Finest & Rarest Wines auction in New York, we were struck by the prominence of Bordeaux from the 1989 vintage. An unusually warm and dry growing season in Bordeaux, 1989 saw an early harvest throughout the region and produced mammoth wines built to last, with acidity, fruit and tannins in harmony. Now, with nearly three decades in the bottle, even the most massive of these clarets are entering a sublime phase for drinking, though another decade (or more) in the cellar won’t do any harm. Wines from Pessac-Léognan and Pomerol shine brightest in this vintage, with Château Haut Brion, Château La Mission Haut-Brion, Château Clinet and Château La Conseillante taking up much of the well-deserved spotlight, but many stars emerge from Pauillac, St. Emilion and beyond.

Although claret is the first wine from 1989 that comes to mind, we would be remiss to neglect the fabulous bottles representing other old world regions in this vintage. Value seekers won’t overlook these powerhouse 1989s tucked away in mixed lots; Hermitage Jean-Louis Chave in lot 59, Château Haut Brion Blanc in lots 551 and 552, Barolo Bartolo Mascarello 1989 in lot 566, and Guigal’s Côte Rôtie La Landonne and La Mouline in lot 1130. Two opportunities to obtain full dozens of Château de Beaucastel Rouge 1989 in original wood case occur in quick succession at lots 1131 and 1154. 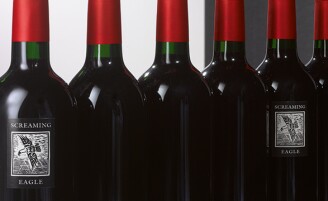