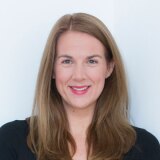 Hannah O’Leary first joined Sotheby’s in 2005, initially working in the Dublin and Melbourne offices. In 2006 she joined Bonhams in London, where she helped pioneer the first international auctions of South African Art and Modern & Contemporary African Art, becoming Head of Department in 2010. With 10 years’ experience in this field, and having overseen record-breaking sales in both categories, she was delighted to return to Sotheby’s in 2016 to further develop this burgeoning market.

Ms O'Leary maintains close relationships with private collectors and public institutions alike, often advising on their collections and assisting with private sales and exhibition loans, most recently as international consultant to the South African National Gallery and contributing author to the Irma Stern retrospective catalogue ‘Brushing Up on Stern’ (Cape Town, 2015).

She holds a Master’s degree in History of Art with Cultural Anthropology from Glasgow University.