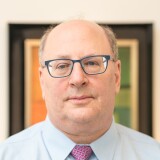 George Wachter is Chairman of Sotheby’s North America and South America and Co-Chairman of Old Master Paintings Worldwide, with more than forty years of experience in his field.  He has played a significant role in the sale of the most important collections of Old Master Paintings ever to come to auction, including paintings from the New-York Historical Society; the Estate of Peter Jay Sharp; the Estate of Walter P. Chrysler, Jr.; the Collection of the Late Count and Countess Guy du Boisrouvray; the Collection of Jaime Ortiz Patiño, and the Collection of Henry and June “Jimmy” Weldon. Mr. Wachter has been integral in top Old Master Paintings sales in the past twenty years, such as Andrea Mantegna’s Descent into Limbo for $28,568,000 in 2003, Rembrandt van Rijn’s Saint James the Greater for $25,800,000 in 2007, and Titian’s A Sacra Conversazione for $16,882,500 in 2011, and Joseph M.W. Turner’s Rome (from Mount Avetine) for $48 million in 2014.  In 2011, Mr. Wachter helped conclude the private sale of Nicolas Poussin’s Sacrament of Ordination (Christ Presenting the Keys to Saint Peter) for $25 million to the Kimbell Art Museum.  As Chairman, Mr. Wachter has been instrumental in important sales across collecting categories, including Claude Monet’s Nymphéas for $54 million in May of 2015.

A graduate of Brandeis University with a degree in art history, Mr. Wachter completed Sotheby’s Works of Art Course in London. He joined Sotheby's London’s Old Master Paintings department in 1973. Four years later, he transferred to the New York office and was appointed Director in 1982. In 1995, Mr. Wachter was selected as Managing Director of the Fine Arts Division.  In his current role as Chairman, he helps determine the strategy for the Sotheby’s Old Masters department in New York, London, and Paris, as well as broader business development in North and South America.

Mr. Wachter served as a member of The Council of The Frick Collection from 2004 until 2012. During that time, he became the Council’s Chairman and was elected to the Board of Trustees in June 2008. He currently serves on the Board of Overseers of The Rose Art Museum at Brandeis University and on the Paintings Conservation Council at the J. Paul Getty Museum in Los Angeles, California.