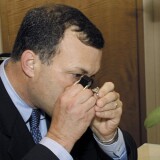 As Worldwide Chairman of Jewelry, Gary Schuler oversees auctions and private sales totaling nearly $500 million each year. With over forty years of experience, Mr. Schuler is frequently called upon to consult private collectors, institutions and news outlets on all aspects of jewelry, from significant acquisitions and market trends to the complexities of an ever-evolving industry. In addition to being Sotheby’s chief auctioneer for live jewelry sales, he has led his team toward extraordinary innovation in the online arena, establishing clear market dominance.

Mr. Schuler joined Sotheby’s in 1987 where he spearheaded jewelry business development in the Midwest and Southeast. Within his first ten years, he helped bring numerous legendary collections to auction including those of Andy Warhol, Mrs. Harry Winston, and Jacqueline Kennedy Onassis. After his appointment to Director of the New York Jewelry Department in 2002—and to Chairman of the Americas in 2015—he secured the collections of Brooke Astor, Estée and Evelyn H. Lauder, and Mrs. Paul Mellon. Mrs. Mellon’s 9.75-carat Fancy Vivid Blue Diamond, recalled by Gary as “an impossible shade of Pacific blue,” proved a career highlight when it shattered a price per carat record, selling for $32,645,000. More recently, Gary collaborated with Sotheby’s Geneva on the Royal Jewels from the Bourbon Parma Family. The 2018 auction created a media sensation, most notably for a Natural Pearl and Diamond Pendant from the collection of Marie Antoinette. This historically significant jewel sold for an astounding $36,165,000 against an estimate of $1 million, breaking the world record for a natural pearl.

Mr. Schuler’s depth of experience, his particular expertise with gemstones, and his close relationships with members of the international jewelry trade and gemological laboratories, position him as one of the foremost authorities in the international market for magnificent jewels.