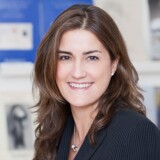 Aurora Zubillaga was appointed Managing Director of Sotheby's Spain in 2010. She joined Sotheby's London in June 1999 as an expert in the 19th Century Paintings department and was responsible for the Spanish Painting sales until February 2002. She then returned to Madrid to represent Sotheby's Spain, where she held the position of Director of the 19th and 20th Century Pictures departments. In 2007, she was responsible for the re-opening of the Barcelona office and was director of the office liaising with key clients in the region.

Ms Zubillaga is one of the leading experts on 19th and 20th century Spanish paintings in Spain and has been instrumental in developing this market and has played an important part in the successful sales in the category.