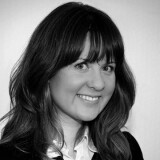 Alina Davey joined Sotheby’s Russian Department in 2004, where she worked for three years. Since 2007, Davey has been a key member of the Russian desk in Sotheby’s London Private Client Group, advising Russian and CIS political and business figures in art acquisitions. She has also driven a number of major client and strategic initiatives, strengthening the firm’s relationships with some of the most important Russian and CIS art collectors. Davey has consistently championed new sales and business opportunities, from launching a series of master classes on various areas of art collecting to organizing travelling exhibitions in Moscow, St. Petersburg and Kiev. Davey has a career-long interest in history of art collecting, and has pursued academic and charitable projects that expand the understanding of the global diversity of contemporary art collecting and curatorial practice. She has begun an academic research project on the topic of art philanthropy and the creation of private museums and foundations. Alina Davey has lectured at Sotheby’s Institute on the History of Private Museums, and at Faberge and Hermitage Museum in St. Petersburg on the role of museums in a global age.