The Watches auction in London on 25 September presents a carefully curated selection of both modern and vintage timepieces at a spectrum of price points. With a clear focus on quality, condition and rarity the sale will offer watches that are bound to appeal to both the novice and connoisseur alike. Here, Sotheby’s Watches specialist Benoit Colson has selected his favourite highlights from the upcoming sale. Click ahead to see his choices. 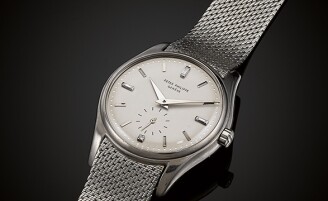