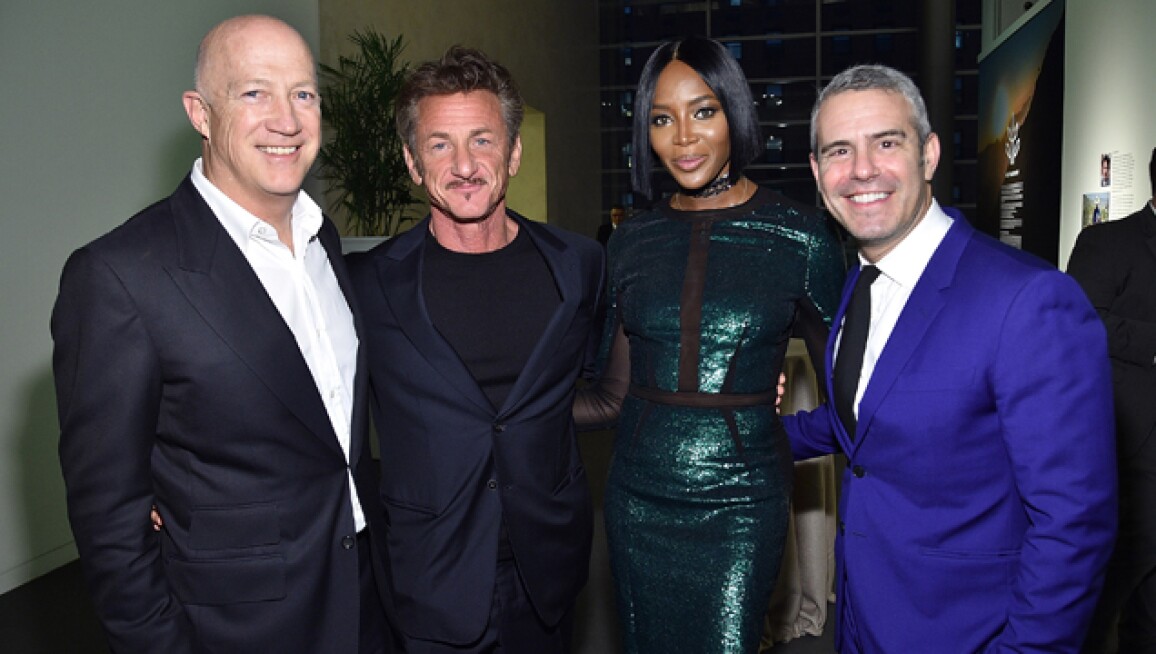 The evening of 5 May, Sotheby’s proudly hosted a benefit for Haiti Takes Root, which supported Sean Penn and his J/P Haitian Relief Organization. Co-hosted by Bryan Lourd and David Geffen with emcee Gayle King presiding and Sotheby's Andrea Fiuczynski as auctioneer, the event raised more than $1 million to support J/P HRO’s reforestation initiative, and among the lots sold were art works by Deborah Kass and Jonas Wood and exclusive experiences, such as a dinner in New York City with President Bill Clinton, Sean Penn and Leonardo DiCaprio, who was on hand to place the winning bid on the VIP soccer experience with Real Madrid’s Cristiano Ronaldo. Also among the guests were Naomi Campbell, Andy Cohen, Ellie Goulding, Donna Karan, Barry Diller, Michael Mann and John Turturro along with musicians Damien Rice and Andra Day, each of whom performed for the enthusiastic crowd. Click ahead for images from the event.