With a huge breadth of variety and fantastic quality across the entire catalogue, Sotheby's upcoming Watches sale in London on 24 September should satisfy the taste of any watch collector. Click through for highlights combine prestigious provenance, exceptional design and rare details and that include a Rolex Daytona Paul Newman, reference 6239 with a fascinating racing history. 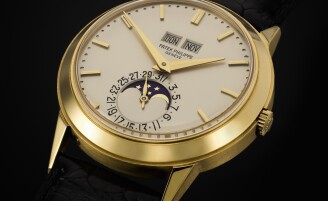