Peaceful Little Ones: Kachinas from the Terasaki Collection 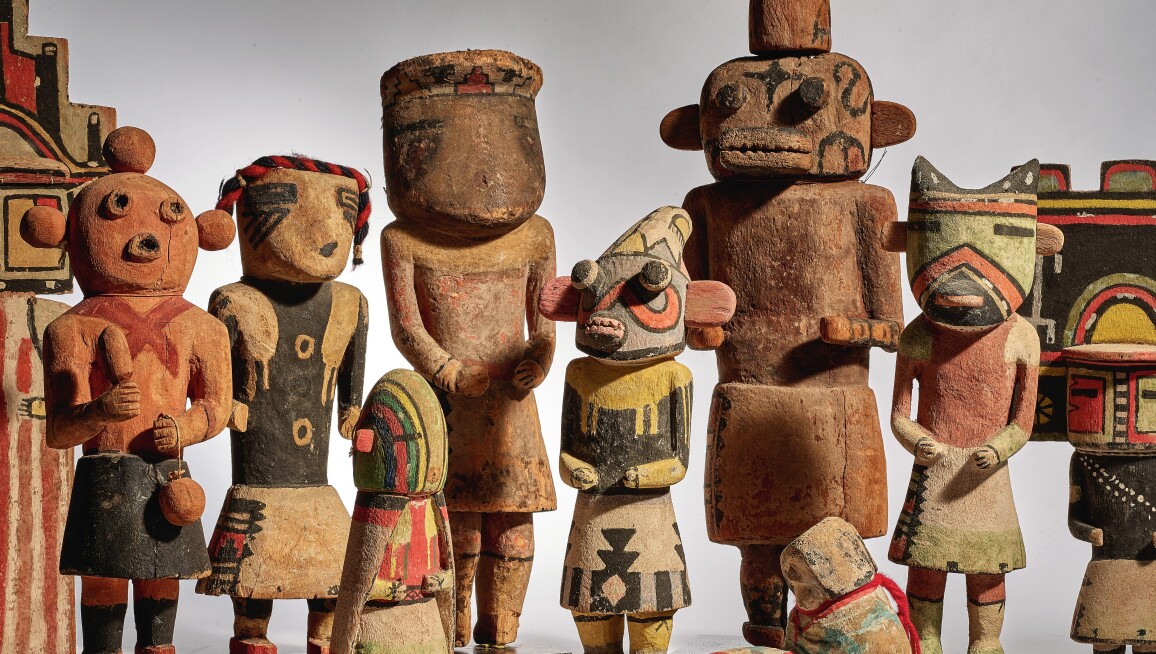 Carved out of dried cottonwood roots by initiated Hopi men, kachina figures – called tithu in the Hopi language – represent the different spirits that lie at the foundation of Hopi theology. These spirits, also called kachinas, act as intermediaries between the supernatural and material worlds and possess the power to bring rain to the parched desert landscape and to protect the overall well-being of Hopi villages. From December to July of each year, the Hopi believed that kachina spirits mingled among the living and held dance ceremonies during which men wearing colorful costumes embodied kachinas. The figures were presented to girls and young women as instruments of protection as well as guides for proper behavior. Far from being treated as 'dolls' in the Western sense, kachina figures were displayed in Hopi homes out of reverence for the spirits and as mnemonic tools. 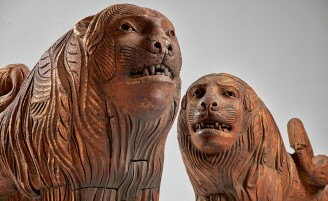 Perhaps drawn to the figures' bewildered expressions or their connection to the spiritual realm, surrealist artists André Breton and Max Ernst were renowned collectors of kachina dolls. Breton displayed his collection on a wall in his Paris apartment while Ernst, together with Peggy Guggenheim, to whom he was married between 1941-1946, had a dog named Kachina. The kachinas represented in the collection of George Terasaki represent an array of different deities, each possessing its own unique characteristics and attributions. Notable among the larger group is a selection hailing from the collection of Jo Mora (1867-1947), who was a Uruguayan-born American cartoonist, comics artist, illustrator and cowboy, who lived with the Hopi in the early 20th century.