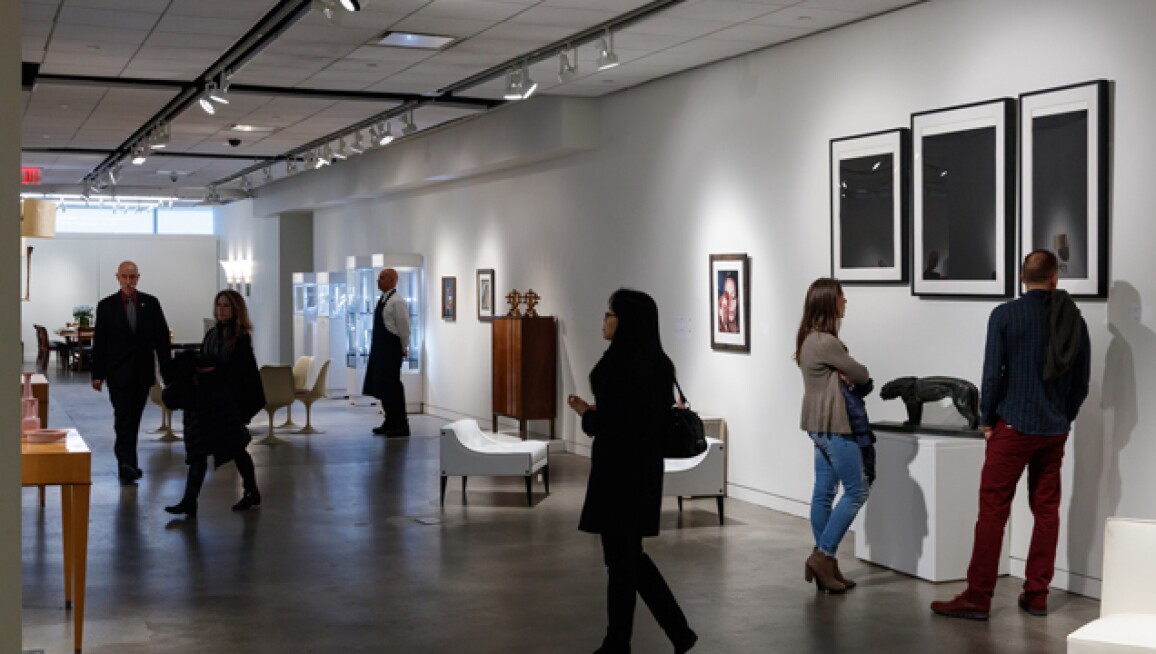 With an array of objects spanning the 20th century, Sotheby's Design auction offers a comprehensive look at the era's most significant and popular artistic movements, such as Art Deco, Austrian Modernism, European Art Nouveau, Tiffany Studios and more. In the sale's exhibition, on view now through Tuesday 28 March, New York-based interior designer Jarret Yoshida highlights "the intellectual thought and skill" behind these beautifully crafted objects while demonstrating their ability to seamlessly fit into a modern home. Yoshida accomplished this in part by including photographs and Contemporary art from Sotheby's throughout his displays. "We're mixing it all up, because that's how people really live," he says. "It makes a room look that much richer and that much more thought out." Click ahead to explore the exhibition, and be sure to visit it in person at Sotheby’s New York galleries.