The 31 October sale, Collections, offers a wonderful opportunity for collectors and connoisseurs to admire and acquire numerous chefs d’oeuvre of European decorative art from the 17th to the 19th century. Highlights include magnificent Neapolitan pietre dure table tops and a jewel-like Boulle casket to name a few. The sale is on view in our London galleries from Saturday 27 October to Tuesday 30 October. 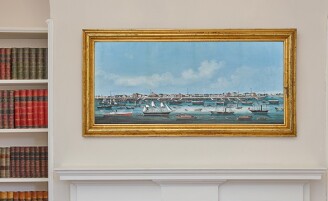