Magnificent Old Master Paintings by Castiglione, Gutrecht and Others Sotheby's Old Masters sale on 8 May in London includes excellent examples from most major schools of painting in Western Europe. With prices ranging from £1,000–120,000 this is the perfect opportunity for new buyers to discover the virtues of collecting Old Masters, while offering a chance for more established buyers to expand their collections. Click the image above to view the slideshow. 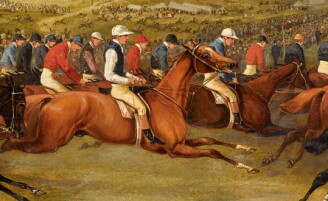