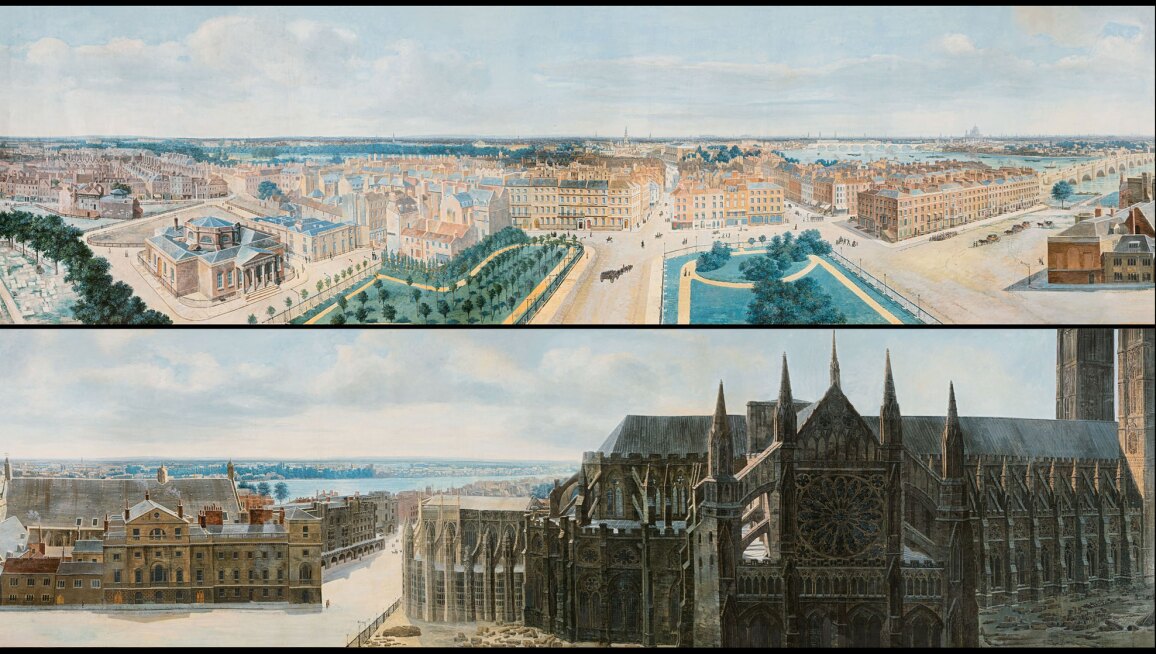 The Old Master & British Works on Paper sale in London on 4 July features a rediscovered panoramic view of London, seen from the tower of St. Margaret’s Church, Westminster. Prévost’s London panorama was part of a huge craze for such proto-cinematic images, which blossomed in the late 18th and early 19th-centuries. Click ahead to see more.