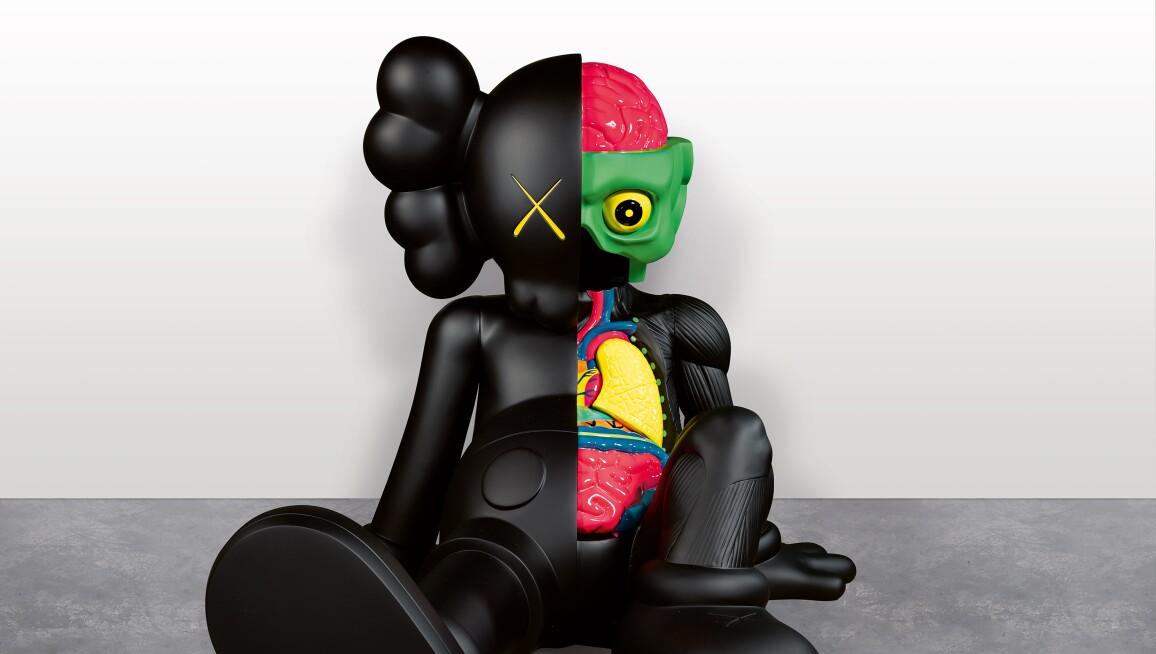 There is something unsettlingly resonant about KAWS’s work. The Brooklyn-based artist, also known as Brian Donnelly, has become one of the most highly acclaimed heirs of Pop art. Following the legacy of the movement’s founding father, Andy Warhol, he infiltrates the realm of consumerist culture and mass commodity. But he takes it a step further, examining the psychology of contemporary society through images of sinister cartoon characters, melting faces and dissected bodies that blur the lines between contemporary art and commercial retail. COMPANION (RESTING PLACE), 2013, encapsulates the very best of KAWS’s pervasive oeuvre, transposing the well-known character Mickey Mouse into a 21st-century context.