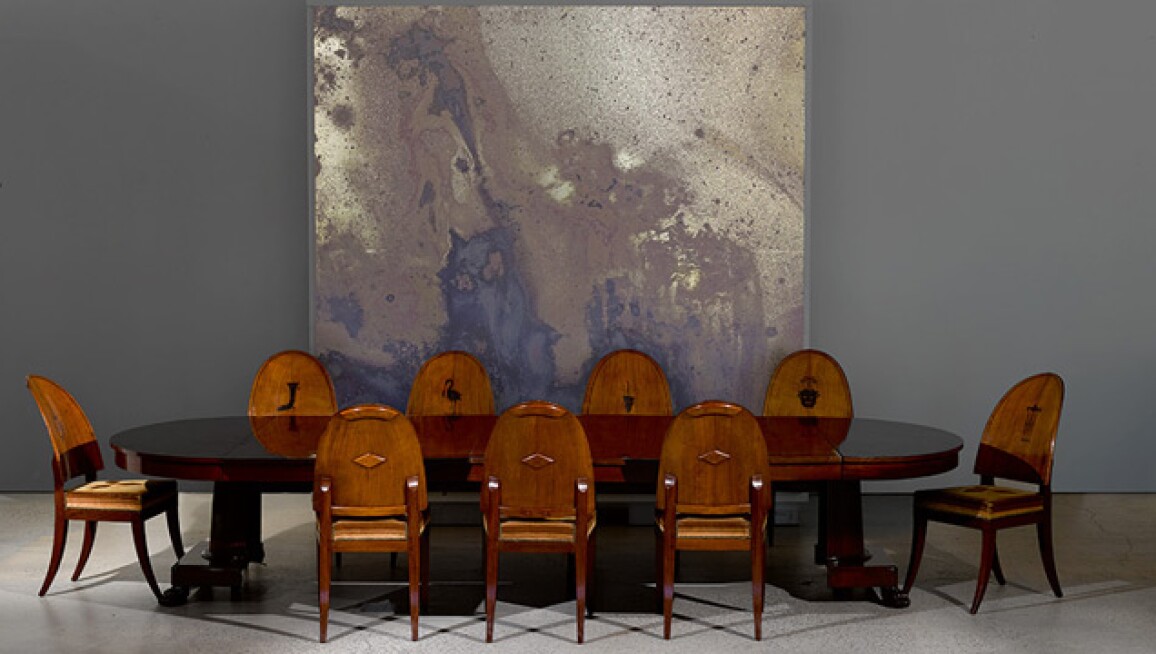 Sotheby’s Furniture & Decorative Arts has teamed up with Brooklyn-based Calico Wallpaper and interior designer Dani Arps to create inspiring vignettes for our 9 June Collections: European Decorative Arts catalogue. Calico’s practice is informed by the centuries-old craft of paper marbling, but their designs are entirely contemporary. We were inspired by the connection between Calico’s high level of craftsmanship and the top quality pieces of furniture from the 17th to the 19th century on offer at Sotheby’s. Arps, who often incorporates Calico Wallpaper into her projects, is known for designing unique workspaces for start-ups in New York. Arps brought her lively yet minimal aesthetic to reimagine how to decorate with antiques. Click ahead to explore how antiques and modern interior design can mix to create a fresh, new look. –SARA PUTTERMAN