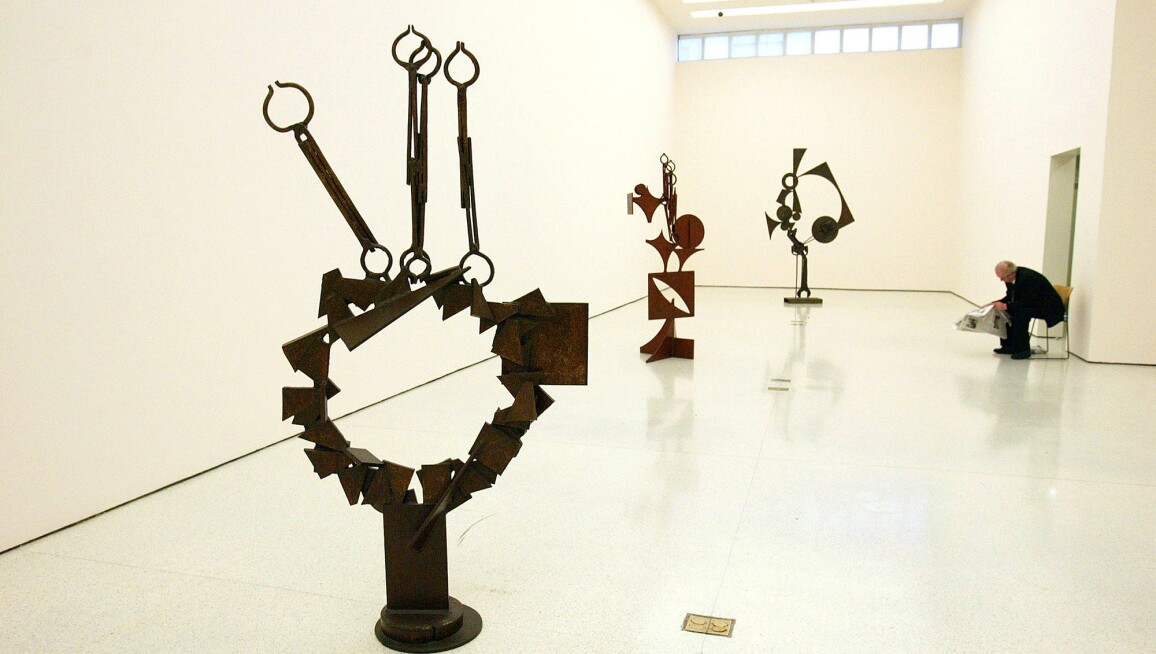 In 1962 David Smith was invited by the Italian government to make two sculptures for a festival in Spoleto. For one intensely creative month, Smith set up a studio in an abandoned welding factory in the town of Voltri. Upon returning to his studio in Bolton Landing, New York, the artist embarked upon his ambitious Voltri-Bolton series (1962–63), a group of 25 sculptures that perfectly articulates Smith’s desire to create what he called “drawings in space.” Remarkably, the making of Voltri-Bolton X was documented in Smith’s Bolton Landing studio by photojournalist Dan Budnik. Through Budnik's images and other photographs, we chart the life of Voltri-Bolton X, from the studio and grounds of Bolton Landing, to the international museums where it has been exhibited and the collection of Jerome and Ellen Stern, the work’s home for more than four decades.