Behind the Magic of the Stage in Drawings and Designs by Henri de Toulouse-Lautrec, Cecil Beaton & More Captivated by the world of theater since time immemorial, many of the leading visual artists of the past centuries have contributed to the magic of the stage with innovative costume designs, opulent stage sets and dazzling depictions of performers. The Collection of Martha Hyder abounds with such works made for ballets, plays and even the early film The Thief of Bagdad. Among these are costume designs by Russian avant-garde artist Natalia Goncharova, lively depictions of Isadora Duncan dancing and lavish costumes and stage designs by Boris Anisfield. Click ahead to discover more. 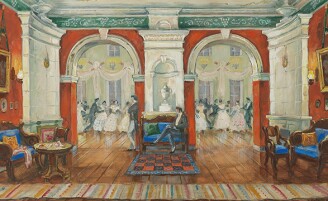