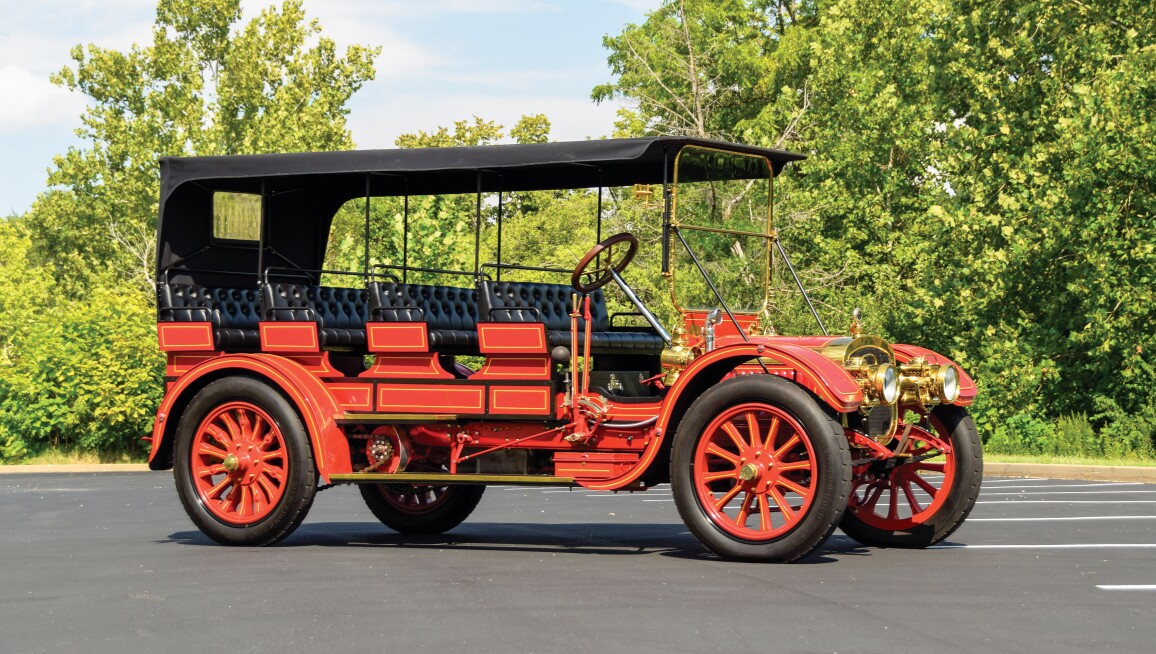 Whether drawn by the scent of chocolate from Hershey's Chocolate World or the sound of classic motor cars making their way toward the auction block, RM Auctions' Hershey sale is not one to be missed. Coinciding with the AACA Eastern Division Fall Meet, one of the largest automotive gatherings in the world, Hershey has earned a reputation as the year’s finest offering of collectible American automobiles. Click ahead to view eight of the most charming and eclectic cars on offer, from a Virgil Exner show-car built for the 1960 Mexican Auto Show to a 1901 Oldsmobile with just two owners from new.