"Prada: Tools of Memory" celebrates the importance of design across art and fashion today. In this one-off virtual event, watch Vogue Italia Creative Director Ferdinando Verderi in conversation with Another Magazine Fashion Features Director, Alexander Fury, and Serpentine Galleries Artistic Director, Hans Ulrich Obrist, as they discuss Prada’s universe of understated luxury and transformative fashion. Sotheby’s auction “Prada: Tools of Memory” in October 2020 honoured Miuccia Prada’s unique vision within the house of Prada, in which she redefined the world of fashion through design, art and architecture. In Partnership with Intelligence Squared.

Hans Ulrich Obrist is a Swiss curator, critic and art historian and Artistic Director of the Serpentine Galleries in London, a position he has held since 2005. He has presided over 300 exhibitions, including projects at the Venice Biennale, Manifesta and the celebrated Serpentine Summer Pavilion Commission, which will be undertaken in 2021 by Johannesberg-based architectural practice, Counterspace.

Obrist has worked alongside some of the art world's most influential figures such as Alighiero Boetti, Marina Abramovic, Gustav Metzger and Philippe Parreno, on exhibitions, curatorial projects, biennales and major museum retrospectives.

Ferdinando Verderi is Creative director of Vogue Italia and close collaborator of Miuccia Prada. He was most recently responsible for the concept of transforming the Autumn/Winter 2020 Prada collection into the Prada: Tools of Memory Auction at Sotheby's.

Verderi has led global creative and strategic direction on brands that range from Google to Diet Coke, and partnered with brands including Chanel, Versace, Adidas Originals and Alexander Wang. He has received awards at the Cannes International Festival of Creativity, as well as the D&AD and Clio Awards, where he was the most awarded creative in the fashion and beauty prestige category for two seasons running.

Alexander Fury is a fashion journalist, author and critic. In 2016, he was made the first Chief Fashion Correspondent at T: The New York Times Style Magazine, a position he held until 2018. Prior to this, from 2013 to 2016, Fury was fashion editor of the Independent, i and the Independent on Sunday newspapers.

Fury was the first journalist to receive the Editorial Intelligence Award for Fashion Commentator of the Year 2014-15, and is a member of the Business of Fashion's BoF 500. In 2018, Fury received the Honorary Doctorate of Humane Letters from the Academy of Art University, San Francisco. His latest book, Chanel: The Impossible Collection, was published by Assouline in 2019. 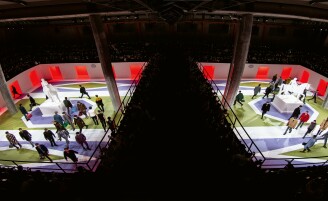 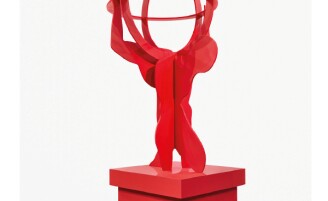