10 March 2021 • 10:30 AM EST • New York
Join Oxford professor Peter Frankopan in conversation with historian Annette Juliano, Neil Zhang, Curator at UCCA Center for Contemporary Art and Sotheby's Julian King as they discuss the Jane and Leopold Swergold Collection. They will delve into how these collectors built one of the most important collections of early Chinese Buddhist bronzes. The speakers will talk about how very often a single collection is the most powerful and effective way to understand a much broader culture; it allows us access to specific moments and works that then allows us to see the bigger picture. 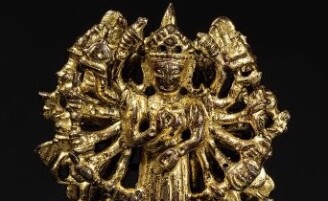 Peter Frankopan is Professor of Global History at Oxford University, where he is Senior Research Fellow at Worcester College, Oxford and Stavros Niarchos Foundation Director of the Oxford Centre for Byzantine Research. He is Associate Director of the Programme for Silk Roads Studies at King's College, Cambridge. He works on the history of the Mediterranean, Russia, the Middle East, Persia/Iran, Central Asia, China and beyond. His book, The Silk Roads: A New History of the World was named The Daily Telegraph's History Book of the Year 2015, and one of the 'Books of the Decade' 2010-20 by the Sunday Times. His follow-up, The New Silk Roads, is a 'masterly-mapping out of a new world order', according to the Evening Standard, and a winner of the Human Sciences prize of the Carical Foundation in 2019. In 2019, he won the prestigious Calliope Prize of the German Emigration Center, one of the richest prizes for the Humanities in Germany.

Annette Juliano is an art historian, author and authority on Chinese Art. She has served as Professor of Art History at Rutgers University-Campus at Newark, where she chaired the new Department of Visual and Performing Arts and also served as Associate Dean before returning to teaching and research. Professor Juliano has also taught at Vassar College, Brooklyn College of the City University of New York, The Graduate Center of CUNY, and the New York University Institute of Fine Arts.

Her research and publications have focused on Buddhist and non-Buddhist arts in Northern China and Xinjiang during the four hundred turbulent years between China’s two famous empires, the Han (206 BCE-220 CE) and the Tang (618-906). In addition to authoring numerous books such as Teng-hsien: An Important Six Dynasties Tomb, and being published in scholarly journals, Professor Juliano has co-curated exhibitions such as Monks and Merchants Silk Road Treasures from Northwest China, Gansu and Ningxia,4th-7th centuries at the Asia Society in New York and Art in the Time of Chaos, Masterworks from Six Dynasties China 3rd – 6th Centuries, which appeared at Honolulu Museum of Fine Arts and the China Institute in New York. Juliano is also co-editor of the Inner and Central Asian Art and Archaeology Series.

Neil Zhang is an assistant curator at UCCA Center for Contemporary Art, having joined the museum in 2020. He has curated exhibitions including Meditation in an Emergency (2020) and Silent Thunder (2021). Zhang has previously studied at RISD, Brown University and Columbia University. His research interests include the analysis of Buddhism and related religions under a postmodern framework, visual culture in pre-modern East Asia, and contemporary art. He has translated academic works including Columbia University professor Bernard Faure’s The Rhetoric of Immediacy: A Cultural Critique of Chan/Zen Buddhism.

Julian King joined Sotheby’s Hong Kong in 2013 as International Specialist in the Chinese Works of Art department, with responsibility for supporting global sales of Chinese Works of Art focusing on sourcing and selling. Mr King began his career in the art industry working as a cataloguer of ceramics and works of art in Sotheby’s London from 2000 to 2004, where he trained under Julian Thompson, the late Chairman of Sotheby’s Asia. After a career change and brief period of time working at Deloitte, he returned to the Chinese art world at an auction house in London before relocating to Hong Kong to head their Chinese Ceramics and Works of Art department between 2008 and 2013. In addition to a focus on Chinese porcelain, Mr King is particularly specialised in Qing dynasty works of art, and has handled a number of prominent collections in the past decade, including Snuff Bottles from the Mary and George Bloch Collection (2010–15), Later Chinese Bronzes from the Collection of Ulrich Hausmann (October 2014) and The Robert H. Blumenfield Collection of Chinese Bamboo Carvings (April 2015). Mr King also has a deep interest in Tibetan art and supports the Indian, Himalayan and Southeast Asian art sales in New York.

Featured Bronze Sculptures from the Jane and Leopold Swergold Collection 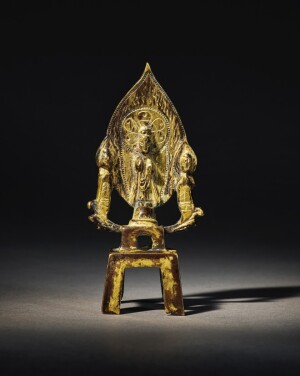 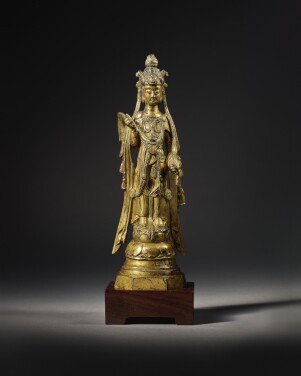 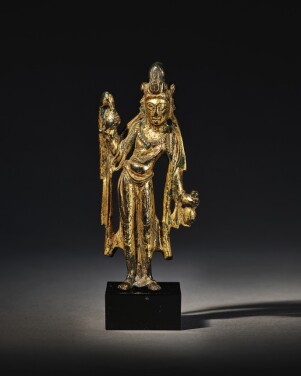 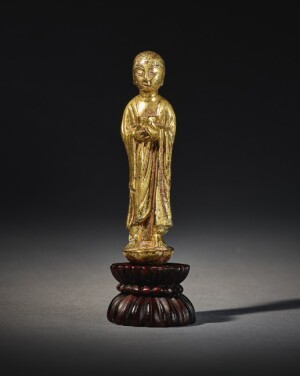