Sotheby’s Hong Kong Modern and Contemporary Southeast Asian Art Autumn 2020 Sales Series, scheduled on 5-6 October, will be led by two important works by Indonesian maestros: Sudjana Kerton’s Indonesian Village Life, one of the artist’s most seminal works still in private hands, and Handiwirman Saputra’s Akhir Pekan dan Projek Organik dari tak Berakar tak Berpucuk #3 (Weekend and Organic Projects from No Roots No Shoots #3), a powerful commentary about environmental pollution from a prominent Indonesian collection. A total of 114 lots will be offered across Evening and Day Sales.

This October, we are honored to present a selection of highly significant masterpieces by leading artists from across the region, particularly from Indonesia and Vietnam where we saw phenomenal results last season. In addition to blue-chip names, we are also thrilled to introduce intellectual pieces by respected talents such as Mit Jai Inn from Thailand, who will be making his auction debut at Sotheby’s this season as part of a curated single-owner grouping of Contemporary and Southeast Asian artworks.

Executed in the early 1960s, Indonesian Village Life is one of the earliest manifestations of Kerton’s “village life” compositions, a motif that he revisited later in his career after he returned to Indonesia. The panoramic composition, consisting of verdant trees, foliage and flora sprouting throughout the canvas, is similar to a 1981 work that set the artist’s auction record in 2014. Acquired by an American collector when the artist lived in the United States, the painting has been held in private hands since the 1960s and stands as one of the most seminal works by the artist to come fresh to the market.

Hailing from the collection of a prominent Indonesian collector and supporter of the arts, this work stands as a powerful testament to Handiwirman Saputra’s ability to construct poetry from the mundane and beauty from the everyday, ultimately offering a cerebral and lucid perspective of reality. Painted with a striking blue colour, Akhir Pekan dan Projek Organik dari tak Berakar tak Berpucuk #3 is an impressive work towering at 3 meters. Inspired by his discovery of a polluted river near his home, the artist plays with found objects, shifting the viewers’ focus from the appearance of art to the conception and function of art.

Following the stellar results for Vietnamese art achieved at Sotheby’s Hong Kong Spring Sales in July 2020, two important works by maestros from this growing market will be presented this October: Ceremonie du The (The Tea Ceremony) is a highly significant and rare painting by Mai Trung Thu, an artist whose auction record was achieved at Sotheby’s Hong Kong last season, providing an intimate glimpse into the cultural practice of tea gatherings in Vietnam as well as the esteemed philosophies of family life among the noble class; and Pham Hau’s Deer and Stags in the Forest, a fresh to market discovery from a private collection in Buenos Aires, Argentina, following the extraordinary performance of a similar lacquer screen that achieved the second highest price for the artist at auction last season. 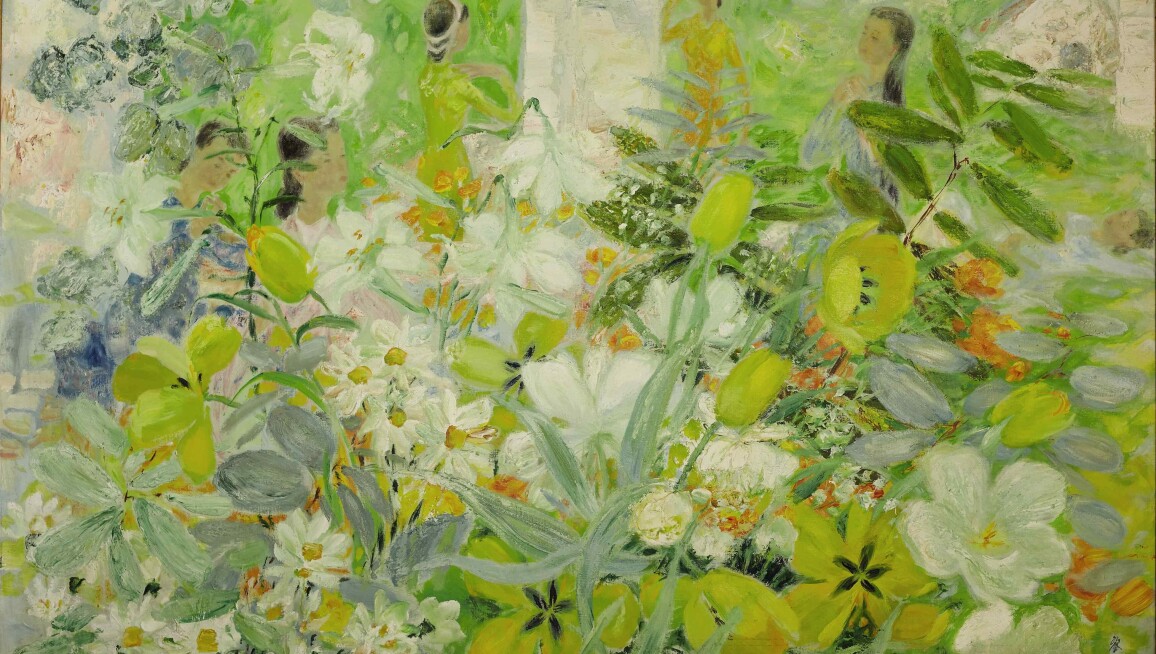