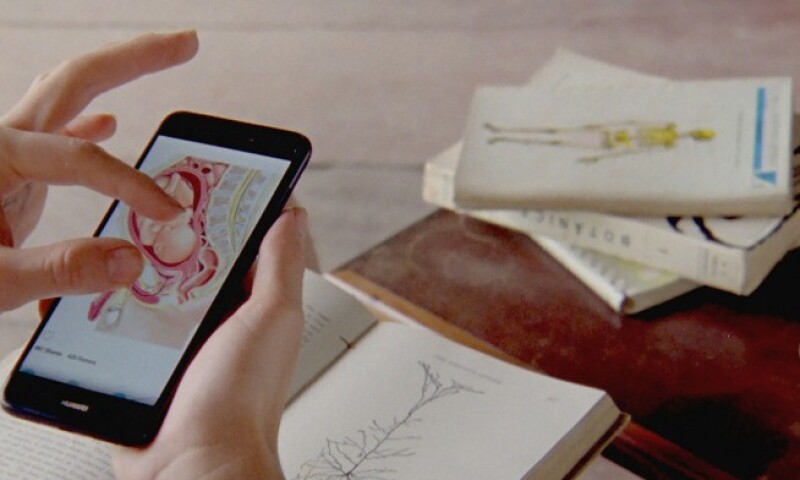 Pedro Neves Marques (b. 1984, Lisbon) is a filmmaker, visual artist, and writer whose research often takes place in Brazil. His work ranges from fictional dramas to theoretical films and writings that address clashes among competing anthropologies and images of nature, technology, and gender. Within his practice, science fiction is a key tool used to examine the history of colonization as well as the possibility of non-Western futures.

A Mordida (The Bite) is Neves Marques’s first solo museum presentation in the United States and includes the premiere of two newly commissioned short films. Based on research completed at a genetically modified mosquito factory in São Paulo, Brazil, the artist creates a set of intimate stories, both present-day and futuristic, fictional and documentary. In these films, the biological epidemic of the Zika virus is paralleled-through the lives of its main characters as they navigate through a non-binary relationship within Brazil’s increasing rise of conservative political forces. Inspired by horror and science fiction films, his stories examine the psychological and bodily trauma of biological warfare while in times of political crisis.

Considering the laboratory as a place where life is controlled and defined, while also looking into the technology of the transgenic process itself—wherein the male mosquito is modified in order to control, dominate, and exterminate the reproduction of the Zika virus carried by females—Neves Marques aims to disrupt the heteronormativity of gender in the laboratory. In this context, the artist returns to his earlier subjects, such as women's reproductive autonomy and the role of gender in the history of science, adding to the work new themes, including gender non-binary relations and polyamory.