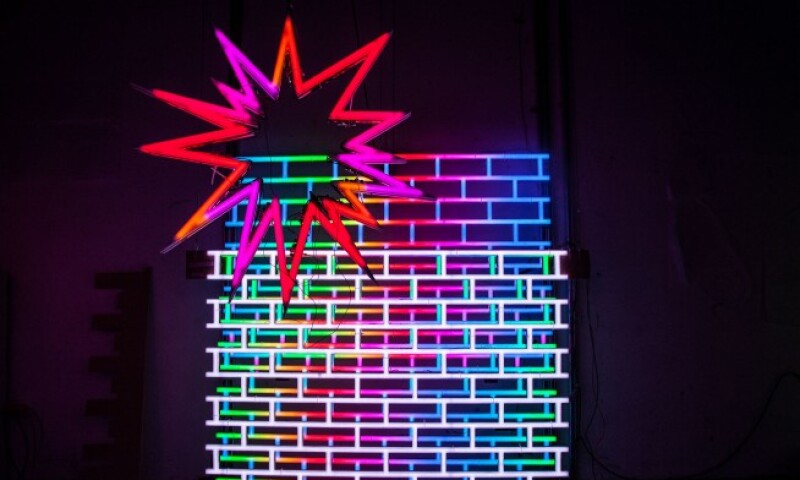 For PAMM’s double-height gallery, José Carlos Martinat created American Echo Chamber(2018), an installation that responds to the amplification and reinforcement of ideas in the current social and political landscape. This large-scale work is composed of mechanical light sculptures that collectively generate a dramatic and entertaining space for visual consumption. The sculptures are inspired by symbols of both American and Peruvian cultures ranging from historical images such as the political cartoon “Join, or Die” attributed to founding father Benjamin Franklin to popular internet memes. These symbols are often composed of images related to violence, manipulation, racism, or migration. The artist also includes artisanal pyrotechnic castle fireworks from Lima. By creating a space that amplifies the consumption of these symbols, Martinat compares the contemporary political scene to an echo chamber, emphasizing a dynamic in which people seek information from media outlets that reinforce their beliefs as an unconscious exercise of validation and prejudice.