For Those in Peril on the Sea 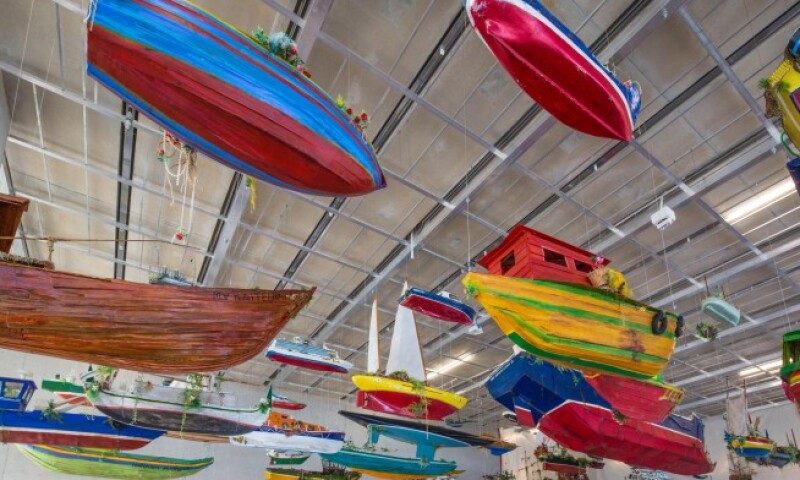 This exhibition presents the second iteration of For Those in Peril on the Sea (2011), an installation by Hew Locke first shown in 2013 during PAMM’s inaugural programming. Consisting of dozens of scaled-down replicas of ships suspended from the ceiling, the installation creates the impression of a massive exodus taking place throughout the architectural space above the viewer. It features a broad range of vessel types, from cigarette boats, catamarans, and cruise liners to ragged fishing skiffs and timeworn cargo ships. In light of Miami’s history as the site for numerous waves of immigration—particularly from the Caribbean, and specifically by sea—For Those in Peril on the Sea will have a particular resonance for the Museum’s audiences. With its significant links to the South Florida community, this installation, part of Pérez Art Museum Miami’s permanent collection, promises a powerful experience for visitors.