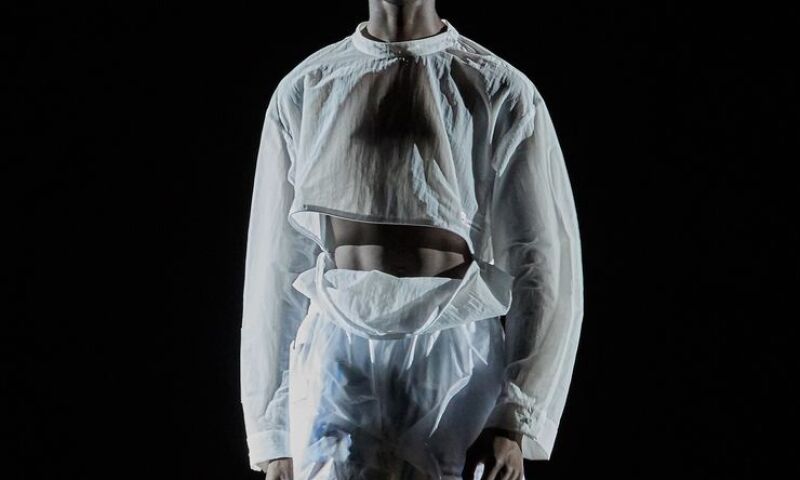 The MCA presents the first museum exhibition devoted to the work of creative designer and artist Virgil Abloh. Raised in Chicago by parents who emigrated from Ghana, Abloh was trained in engineering and architecture but cultivated an interest in music, fashion, and design. While pursuing a master’s degree in architecture from the Illinois Institute of Technology, the artist connected with a then-emerging Kanye West, joining a fledgling creative team to work on album covers, concert designs, and merchandising. Abloh’s influence grew and expanded as West’s profile increased, pioneering a new creative discipline that ranges across media and is at its core deeply collaborative—connecting visual artists, musicians, graphic designers, fashion designers, and architects to craft an all-encompassing artistic universe. Abloh then began his own fashion brand Off-White, setting the goal of creating the first luxury brand designed and owned by an African American.

Off-White is designed in a studio in Milan, Italy, and both men’s and women’s collections are presented at the seasonal shows of Paris fashion week alongside the luminaries of the high fashion world. Abloh’s approach to fashion is equally inspired by contemporary art, his architectural training, and the style-conscious world of music. His inspiration is so-called street wear, the looks that emerge spontaneously and organically from trend-setting youth. Likewise, he celebrates the ethos of street fashion, where high culture is appropriated, sometimes corrupted, and served up as something fresh and new.